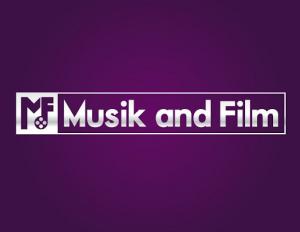 It’s true that there are many artist development companies in Music City, but for artists coming to Nashville looking to make or promote a record, Musik and Film is the "Real Deal". http://www.musikandfilm.com

The founders and associates of Musik and Film boast over fifty years experience in all facets of the entertainment business. The people at Musik and Film are your musical kindred spirits, artists themselves who have performed and recorded with many major groups both as studio musicians, producers/engineers and songwriters including Keith Urban, Lynyrd Skynyrd, Molly Hatchet, Luke Bryan, Sister Hazel, Blake Shelton, Tommy Tutone, Lady A, Steve Winwood, Missing Persons and Red Jumpsuit Apparatus with additional work done alongside heavyweights and legends such as Ozzy Osbourne, Steve Jones from the Sex Pistols Paul Rodgers from Bad Company, Lady Gaga, Chris Stapleton, Toby Keith, Kenny Rogers, Lyle Lovett, Leon Russell, and countless other hit songwriters and stars.

Musik and Film walks you through the entire artist development process; from choosing songs to the recording and production of them, to creating videos and deploying video promotion, and even gauging interest among major record labels. Some artists may also be signed to Musik and Film Records, Out Of The Box Records or Cinderella Records, all distributed by Sony. Musik and Film can even assist with setting up touring opportunities.

On the radio side, through their trusted partners and proven strategies for success, Musik and Film Radio Promotions Division is able to service music spanning all genres to radio stations in over 180 countries and beyond, truly the largest reach on the planet with over 250,000 stations. Placing artists on worldwide charts like Billboard, World Indie Music Top 100, European Indie Music , Roots, Cashbox and many other charts. They can get your music heard and charted.

Musik and Film Company is also an excellent choice for your music production needs with top of the line producers, writers and engineers who have worked on hundreds of Platinum and Gold records on call and ready to create the next big hit.

Musik and Film: a truly all in one solution for the independent minded musician or act.

Visit https://musikandfilm.com for full details on all services.

For inquiries or corrections to Press Releases, please reach out to EIN Presswire.
✕
× Close Ad