Apple demos a unique way to play video games in the future and it involves augmented reality along with several devices.

Augmented reality video games might just be the next big thing - they take your real-world surroundings and combine them with stuff you can only see through a screen.

Recently, at their World Wide Developer's Conference, Apple showed off a new game called SwiftShot. It was built to show off a new version of their software called ARKit 2, which developers can use to create new games for the iPad and iPhone.

I got to play the game, which combines real-world objects with virtual gameplay.

Inside a game room, there wasn't much except a giant wooden table. But, when you look through the screen of the iPad, the tabletop comes to life with dozens of virtual game pieces you can interact with on screen.

The game is called SwiftShot and it's just a sample - built by Apple to demonstrate what’s possible with their software called ARKit 2. Developers can use it to make augmented reality apps for iPhone and iPad.

It almost looks like you can reach out and touch the virtual game pieces - but you can't.

Everything you see on screen is being generated on the fly - you can even get up close to the pieces and they’re still rendered perfectly from all angles - it's very pretty impressive.

The potential here for new types of apps is huge.

The next version of iOS software will include an app called  Measure - you can aim it at an object and it uses AR to tell you the dimensions. 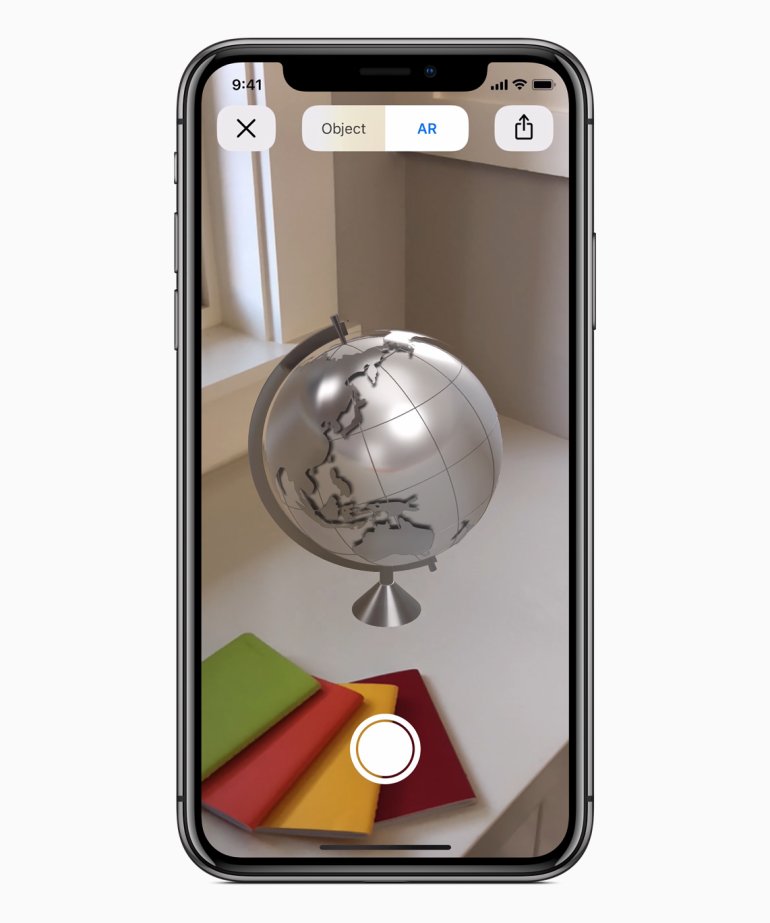 YouTube star iJustine was playing the game nearby, so I asked the die-hard Apple fan what she thought of the new game.

"It’s really fun - it’s actually a lot more fun than I thought because when you watch people play VR games it’s really underwhelming until you're actually in it," explained iJustine.

To help, Apple added new features developers can take advantage of that lets a third party spectator look through the screen of their device to watch the action.

"You get so immersed in this world that is not really real - it’s weird. It’s hard to explain unless you really try it," said iJustine. 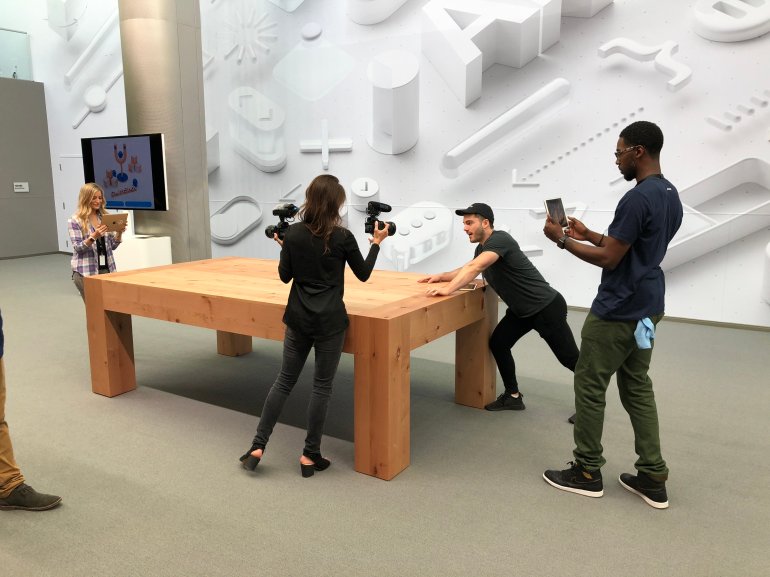 SwiftShot is not necessarily a game you and I would download. It's free for software developers to download and experiment to see how Apple utilized their new tools. You never know, it just might inspire a budding developer to build the next blockbuster like Fortnite or Call of Duty, in a totally new way.

Rich DeMuro's new book, 101 Handy Tech Tips for the iPhone, is available now on Amazon and all other electronic readers.

The Samsung Galaxy S21 Ultra smartphone takes new steps forward, but at least a few back. Still, it's a major improvement over last year's model, which had focus issues. This year, the issues are mostly ironed out and the S21 Ultra is easy to recommend if you like a big phone that has every feature under the sun. Well, almost. Read on.

‘I don’t think any of us will ever forget that day’: Kobe Bryant’s presence in the NBA remains strong