Here's a look at the newest features coming soon to the iPhone when iOS 12 launches as a free software update in the Fall.

San Jose - Apple didn't announce "one more thing," at this year's World Wide Developers Conference but lots of little things. iOS 12 is getting some meaningful updates that will help you be more productive and potentially less distracted by your device. 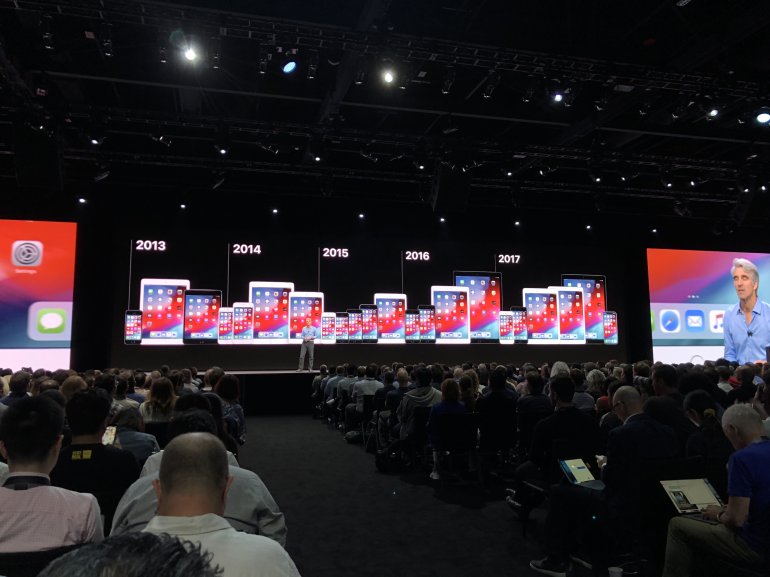 Apple says iOS 12 won't slow down your older phone. The update will work on any Apple device that is currently capable of running iOS 11, which includes iPhone 5s and iPad Air and later. According to Apple's Keynote presentation, your device should actually feel faster and more responsive. That means you might be able to squeeze another 6 months or a year out of your older model phone. 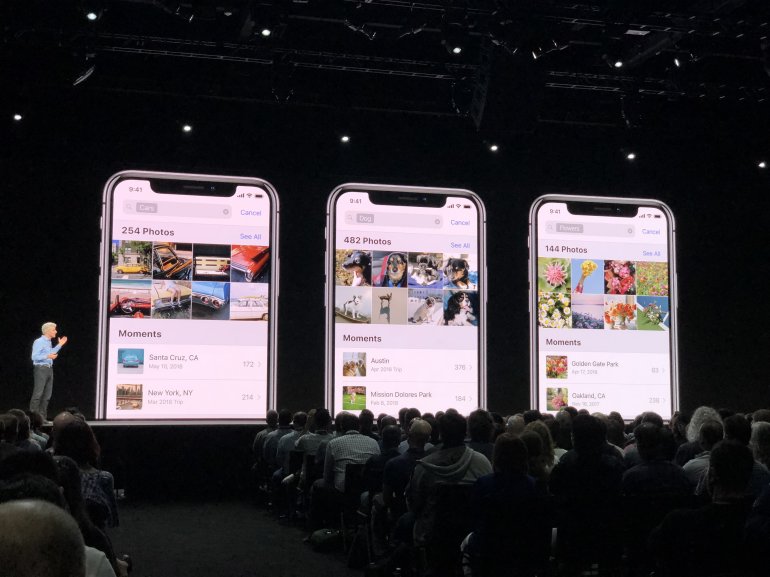 Photos in iOS 12 is getting a neat feature that tags your photos with information from over 4 million live events. This means if you go to a supported sporting event or concert, when you want to see those pictures all you have to do is search for the name of the team or the band in the Photos app. It will also work for searching for pictures taken at businesses and other places like museums. 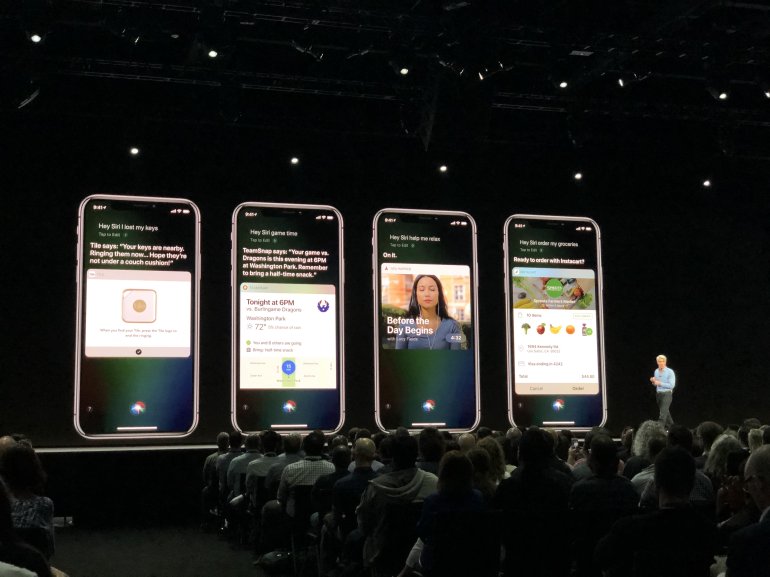 Apple says Siri processes 10 billion requests each month. They didn't say she is getting an intelligence upgrade but she is getting a new feature called Shortcuts. These are little app actions you can string together and assign a spoken activation phrase to. For instance, if you order a coffee each morning before you drive to work and listen to a podcast, you can assign this routine to Siri using a phrase of your choice like "Siri, let's go to work." She will order your coffee using the mobile order feature in a coffeehouse app, start navigation directions and play the podcast you want.

This is a really neat feature for power users who want to get the most out of their phones, but we'll see how popular it is with the mainstream crowd who might find it too difficult or time-consuming to set up. 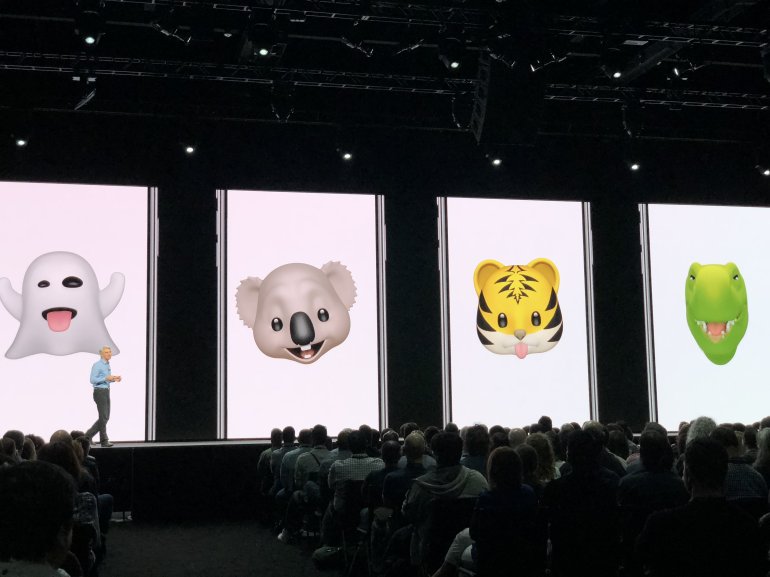 There are four new animated emoji characters that respond to your facial expressions: ghost, koala, tiger and a T-rex. They're also more personalized since they now take into consideration more of your facial movements including your tongue.

There's a new type of customizable character Apple calls Memoji. You can make this animated character look like a cartoon version of yourself, similar to the AR Emoji feature Samsung offers on their latest devices, but on iPhone, you build the character yourself from scratch. 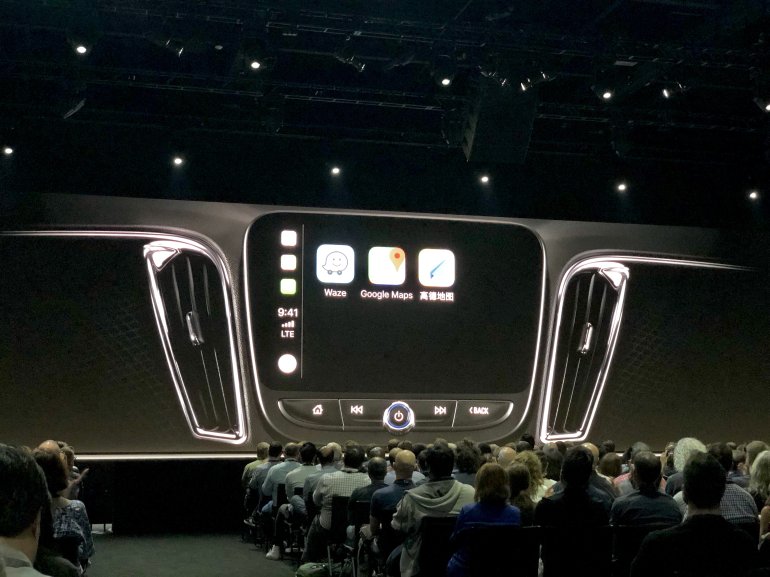 One really welcome feature on CarPlay is support for third-party mapping apps. This means you can finally use Google Maps, Waze and other apps on your dashboard screen when your iPhone is connected in the car. Currently, you're limited to Apple Maps. 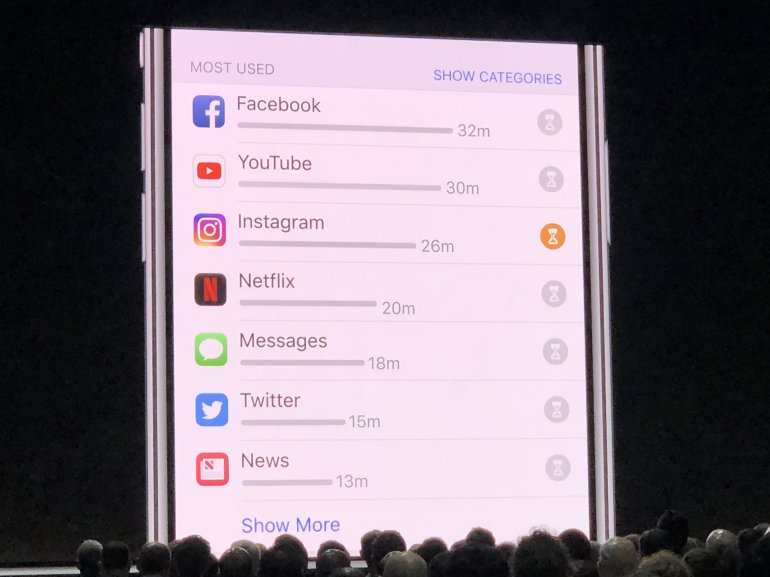 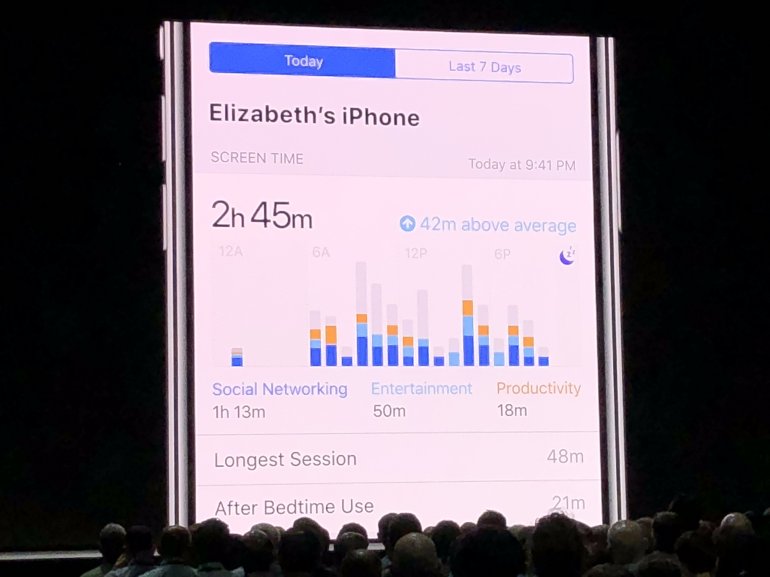 Apple is really trying to tackle the issue phone distraction. A new feature called Screen Time will give you insights into how you are using your phone. You'll get info including how long you're spending inside your apps and which apps send you the most notifications.

You will also be able to set time limits for how long you want to use certain apps on daily basis. Parents can also set and manage these time limits for their kids' devices from their phone and create app "allowances" for children. 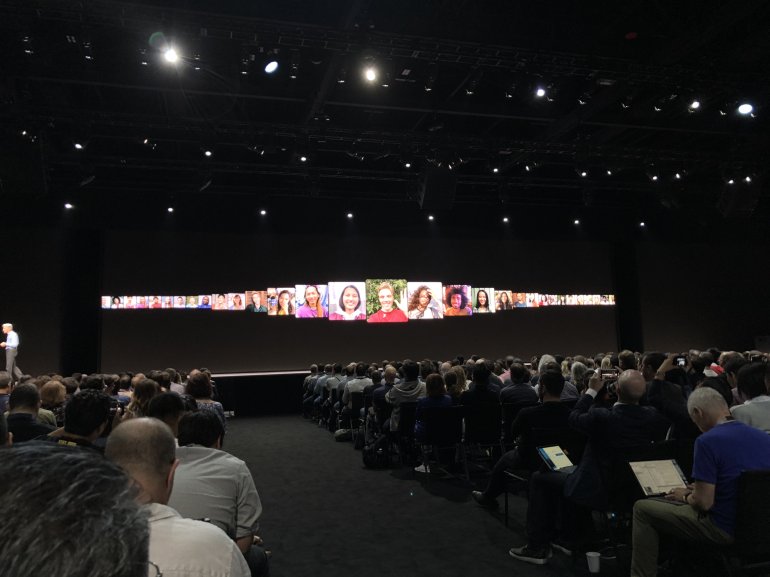 FaceTime is getting an oft-requested feature: the ability to group video chat with friends! Apple went above and beyond, letting you video chat with up to 32 people at once. Video of users who are currently talking will be displayed most prominently on screen, this changes dynamically as other people carry the conversation. This feature got the most reaction on my Twitter page.

Here is a look at how the new FaceTime group video chat will work. Include up to 32 people, person talking gets bigger window. Now can join in with audio via Apple Watch #WWDC18 pic.twitter.com/ZhgT2VfCPD 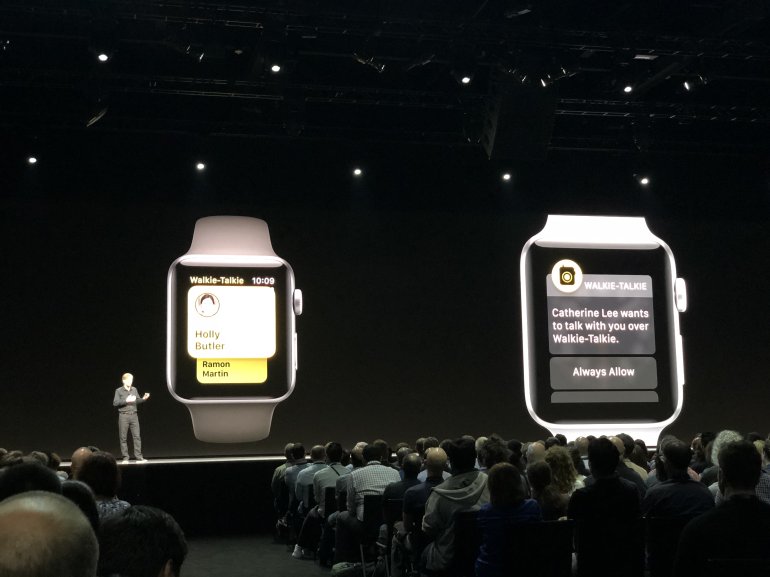 Apple Watch is getting a neat little Walkie-Talkie feature. Think Nextel back in the day. You'll be able to send a bleep-bleep from your wrist right to someone else with the feature instantly. It looks super useful, but I'm curious to see how interruptions are handled when you're in a situation where you can't listen to an audio message.

Amazon delivery dates have been all over the place recently, which means many of us are turning to other websites to shop on.

Darlene wrote a good question on my Facebook page:

L.A. County nursing home death rate drops two-thirds in a week, but an average of 7 residents still die each day