Before DVDs and streaming, there was the LaserDisc. We take a trip down memory lane to revisit a format that was supposed to be the future of home movies.

To revisit the format that was, I went to the home of Jim Lawson, a self described “techno geek” who’s been doing IT work for 20 or 30 years. He was a big collector of the LaserDisc format.

“I liked the fact that it wouldn’t degrade over time and it wasn’t on a media that could get brittle old and die,” said Lawson, who lives in Southern California. 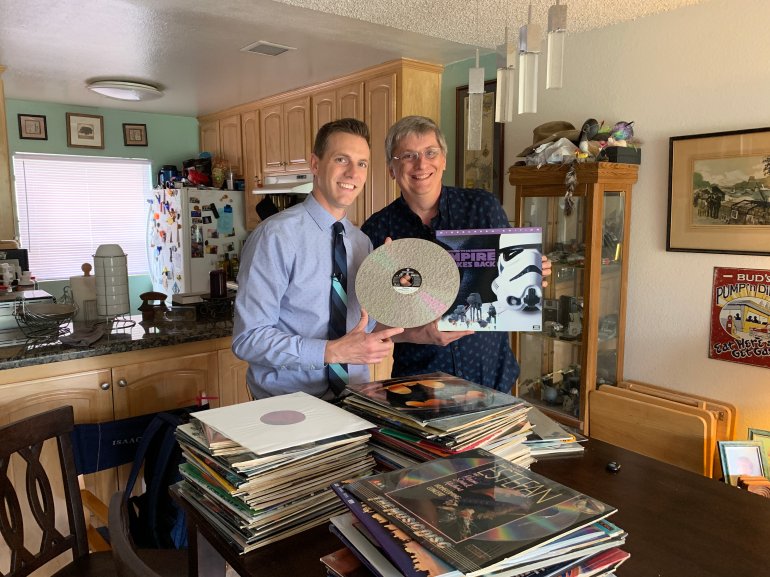 With its futuristic name and sharp looks, the 80’s format seemed like a great successor to VHS.

“There was a place called Ken Crane’s LaserDisc in Huntington Beach… we would look at the upcoming releases and hurry on down there when a new movie came out,” recalled Lawson.

The craziest thing about the LaserDisc, by today’s standards, is that you had to flip it over halfway through the movie. Later, more sophisticated players could read both sides.

Lawson’s original player still works, so we fired it up and popped a disc into its giant tray. 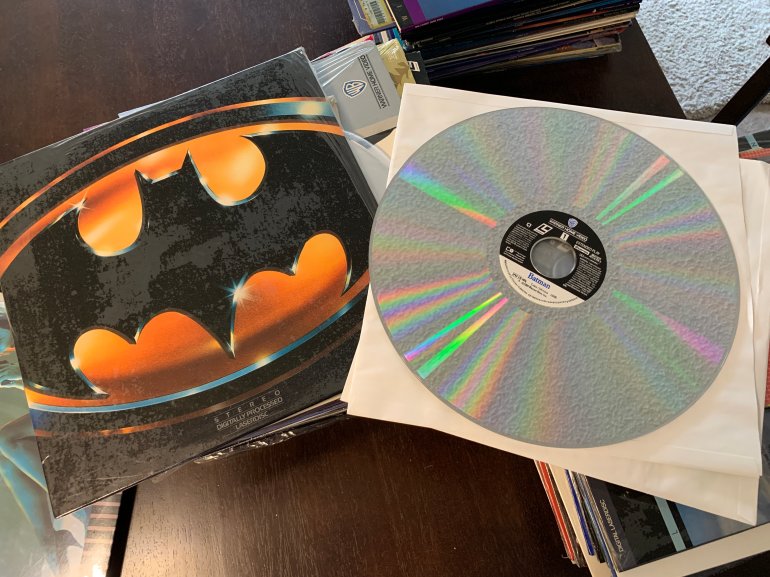 The image quality? Well, not much better than VHS, and a far cry from today’s HD and 4K.

Even the pause functionality was old school – instead of a freeze frame, you would get a bright blue screen.

In the end, LaserDiscs struggled to find a mainstream audience and were eventually eclipsed by the DVD,  a less expensive, more convenient and higher quality product. They were an instant hit.

Rich DeMuro is the Tech Reporter at KTLA TV Channel 5 in Los Angeles and author of the #1 iPhone guide on Amazon 101 Handy Tech Tips for the iPhone.

NOW WATCH: Check out this rain solution that’s better than an umbrella called the Weather Pod.

The Chevy Bolt EUV, or electric utility vehicle, is the first Chevy to include Super Cruise hands-free driving. The car is also slightly bigger than the typical Chevy Bolt. Critics fault the EUV for not having the fastest charge tech and no all-wheel-drive option. The EUV launches this summer for about $34,000 and goes 250 miles on a charge. Watch the video to see what's unique about this bigger Bolt!

Follow Rich DeMuro on Instagram and listen to the Rich on Tech Podcast, which is filled with the tech information you should know plus answers to the questions you send Rich!

A tool to bring old photos to life is going viral.

An L.A. musician helped NASA put a microphone on Mars for our first sounds of the red planet

It is the martian breeze heard around the world!

"That little puff of wind is what saved the day, because that’s the actual sound of the planet," explained Jason Achilles Mezilis, an L.A.-based musician and NASA consultant.

More than 200,000 Americans signed up for Biden’s new ‘Obamacare’ offer’ in last 2 weeks

General details hourslong delay in getting National Guard to Capitol during Jan. 6 attack

U.S. contractor dies in rocket attack at military base in Iraq

13 dead, others injured after SUV with 25 people collides with big rig in Imperial County

Have questions about the COVID-19 vaccine? Get answers during our California statewide town hall

Showers in the Vicinity