A robot named Flippy is now in the kitchen at a fast food restaurant called CaliBurger in Pasadena. We were there for a preview event where Flippy made us some lunch. 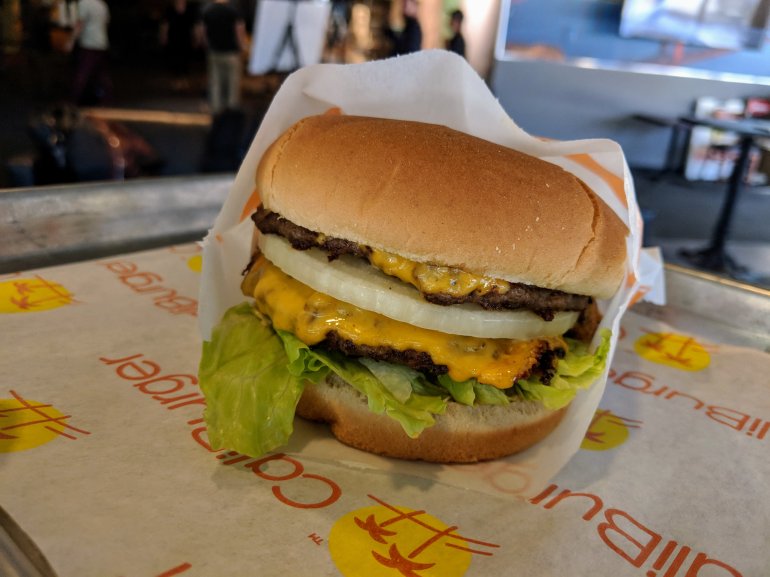 Your next fast food burger might be cooked by a robot!

Flippy is a brand new, burger flipping robot now cooking at a chain called CaliBurger, which serves up California style burgers and fries. 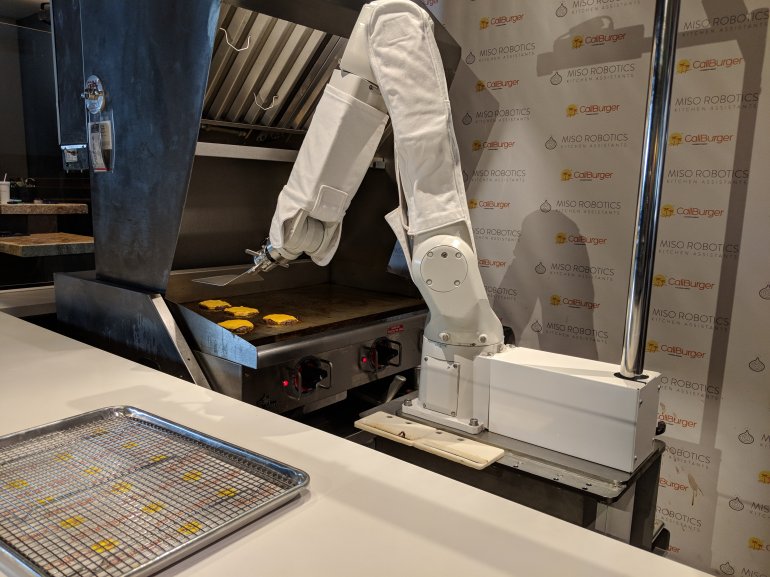 “The key to success in the restaurant industry is consistency. So anytime you go to a CaliBurger anywhere you know that the patty will be cooked exactly the same,” said John Miller, CEO of Cali Group, the company that runs the chain.

The robot was developed by a subsidiary called Miso Robotics.

So how does it work? Before Flippy can get started, it needs a little human help. A co-worker puts raw patties on the grill.

“The kitchen of the future will always have people in it, but we see that kitchen as having people and robots,” said David Zito, co-founder and chief executive officer of Miso Robotics.

Flippy uses thermal imaging, 3D and camera vision to sense when to flip – and when to remove.

The device also learns through artificial intelligence – basically, the more burgers that Flippy flips, the smarter it gets. Right now, cheese and toppings are added by a co-worker.

In addition to consistency and safety, CaliBurger says the robot can cut down on costs.

“This technology is not about replacing jobs – we see Flippy as that third hand,” said Zito.

So how was my “bionic” burger? It was cooked just right and if you didn’t tell me, I wouldn’t know a robot was the chef.

Miso Robotics says Flippy costs about $60,000 minimum. CaliBurger is using Flippy in its Pasadena store starting Monday with plans to expand the use of it at other locations soon.

Multi-grip pull-up bars promote a wide range of upper body exercises, as you can modify your grip in order to target various muscle groups.

The best place to start to build up while slimming down is with a set of dumbbells.

A good foam roller can help relieve muscle tension, muscle soreness and inflammation from your body.

What to expect with Mickey & Minnie’s Runaway Railway …

Why parents may see a smaller tax return this year