Video doorbells and security cameras are becoming more and more popular, but some neighborhoods are stepping up security with special cameras that track every license plate going in or out of their streets.

We visited a Los Angeles area neighborhood that has installed the cameras at the entrance and exit to their street.

“In the last few years, car break-ins, some vandalism and a couple of burglaries,” said Robert Shontell, resident and part of the neighborhood watch.

He showed us their two setups, which consist of a camera, a solar panel and a cellular modem.

The cameras, sold by a company called Flock Safety, track every license plate that drives through the street.

“Imagine if a detective was standing on the street corner, that’s how the camera works,” said Garrett Langley, founder and CEO of Flock Safety. He spoke with us via Skype from Atlanta.

Footage from the cameras is sent to the cloud in real-time, it can then be easily searched online.

“A person like myself yourself can go in and say ‘I’m looking for red trucks that don’t live here that left the neighborhood between 2 PM and 4 PM yesterday’ … Go!” explained Langley. “Almost on the hour, we have a police department that’s using our technology to make an arrest.”

The cameras are installed on private property but capture public streets. Residents cover the costs of installation and maintenance, which runs between $15 and $25 per year on average for each homeowner in the neighborhood using them. 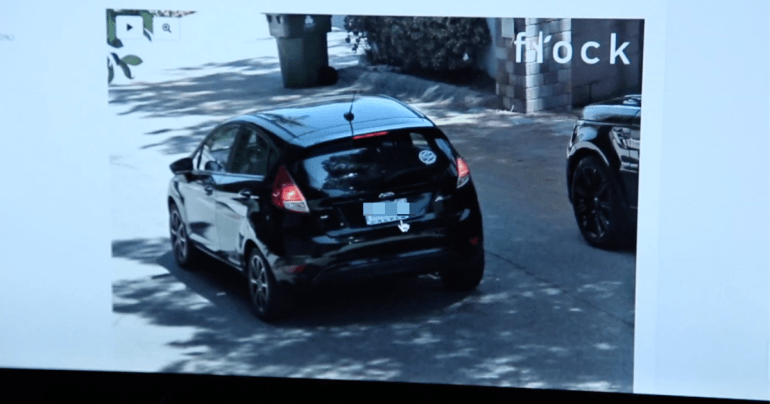 Flock says residents can opt of having their cars logged, the homeowners own the footage and it’s removed from the cloud after 30 days for privacy.

“I think it works really well, but it’s not an end-all to everything. I think it’s part of a system that you need to develop for your community,” concluded Shontell.

NOW LISTEN: The Rich on Tech podcast is where you can learn about important tech news, new apps and gadgets, plus get your tech questions answered!

TikToker claims to be taken off Spirit flight due …

Why is there a 3-story Coca-Cola cup in Sacramento?