There’s a new place to play in Las Vegas, but it’s not a casino.


There is a new entertainment district in Las Vegas called "The Park" and it's wedged right between the New York, New York and Monte Carlo casinos. I know what you're thinking: there isn't anything between those two hotels except a parking lot. Yep, that's pretty much where they put it. It took some good engineering to build a giant new arena between two big hotels. 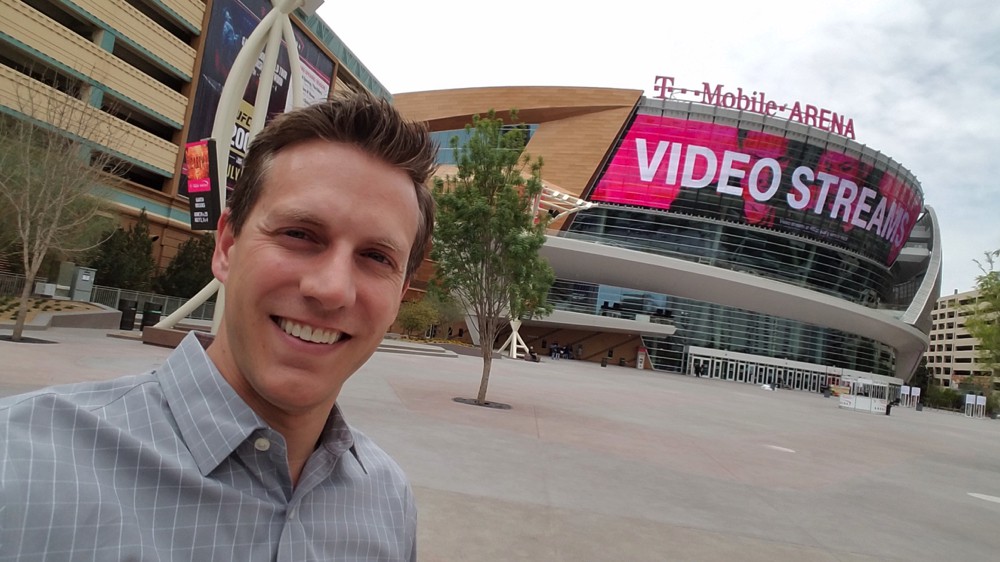 The Park is sort of a "Grove" meets Vegas but with just a handful of restaurants and shops. It's still very much a work in progress but anchored by a new 20,000 seat T-Mobile Arena.

Before I headed inside the arena, I got a tip that the new (and biggest ever) California Pizza Kitchen at The Park has some menu items you can't find anywhere else in the world. (Ok, so you can get some of them at the Summerlin location but I'm not sure where that is) The one I wanted to try? A cheeseburger! It was delicious. Who would have thought at a pizza place. 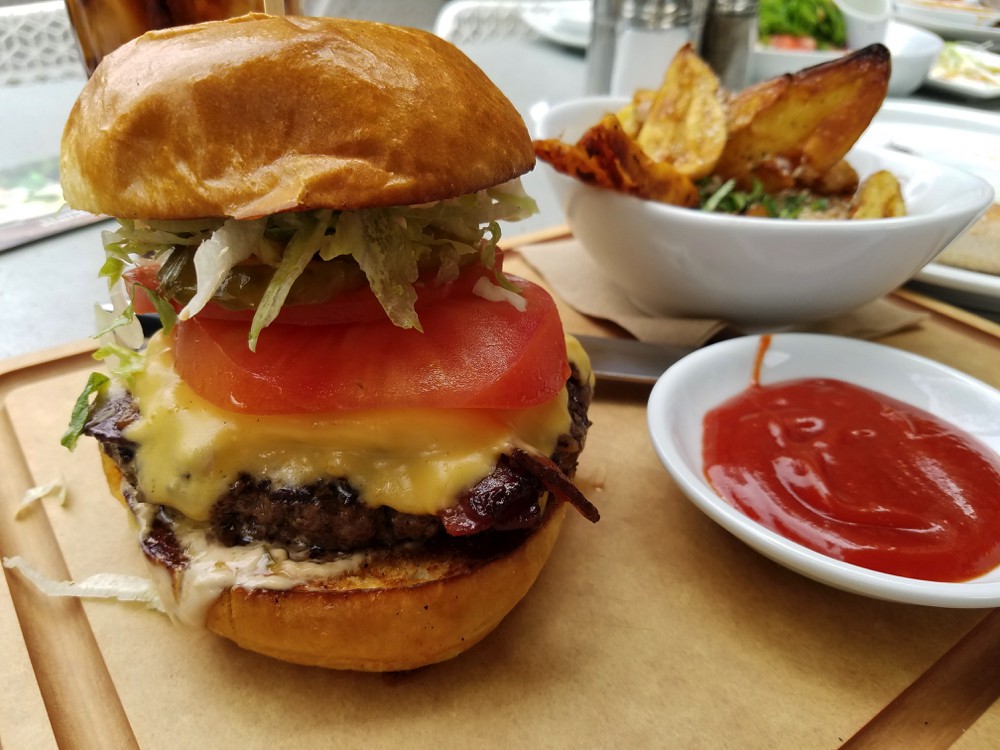 Next, it was off to get a behind the scenes tour of the new arena. At first glance, it looks like a mini Staples Center and that's no coincidence. The arena was developed by AEG, the same folks who built Staples - along with MGM Resorts and T-Mobile. 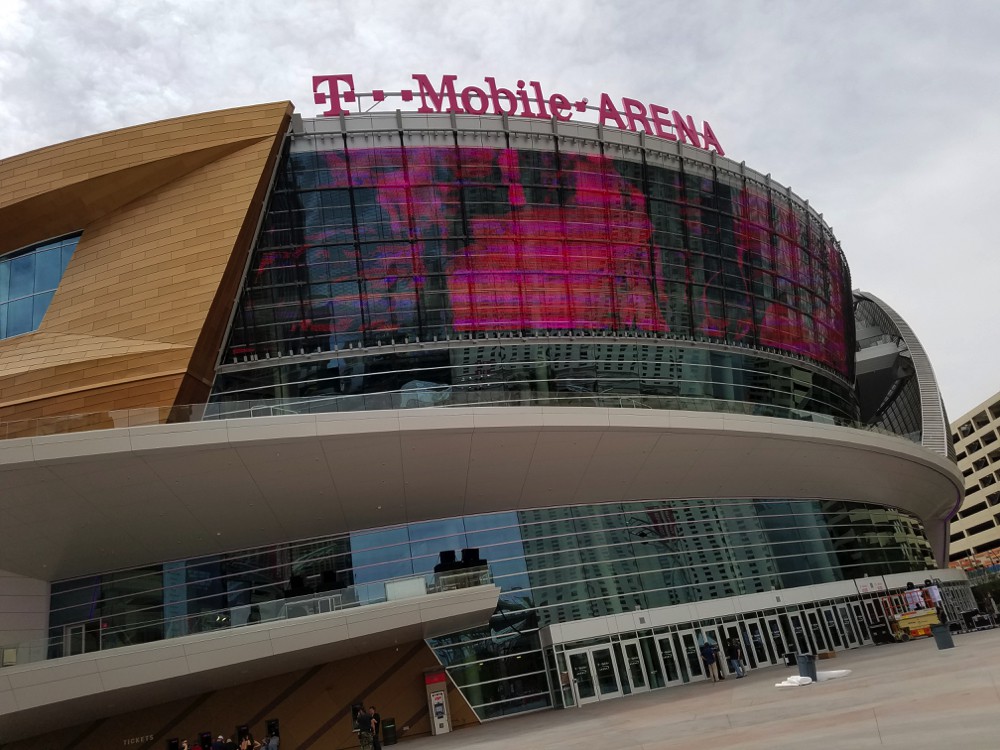 There are a couple of cool new tech features at the arena - most notably a giant mesh video screen. It covers a large portion of the arena, but the neat part is that it is see through. People inside can still see outside the windows it covers.

Since T-Mobile is in the name, you better believe they worked to make sure cell phone coverage is excellent. There are over 100 antennas inside to blanket every corner with LTE and free WiFi for everyone. When I tested the WiFi it was giving me some insanely fast speeds.

There are also free cell phone charging stations and the seats were engineered so that even if someone tall sits in front of you, you still have a great view. That's because the arena was built so it's more steep than wide. 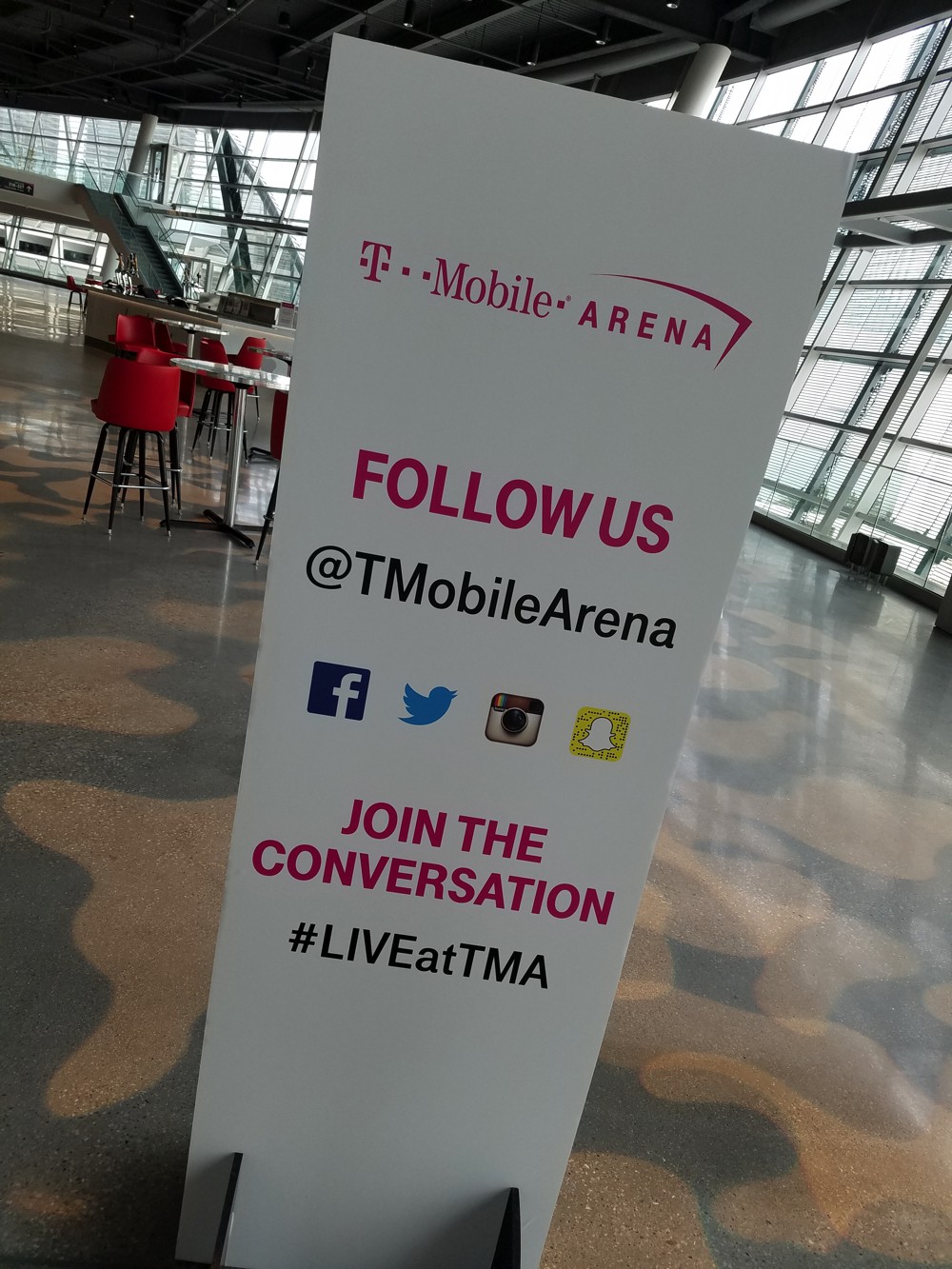 T-Mobile customers also get some perks - including a VIP fast lane so you can skip the line at events (not sure how they enforce this, perhaps they look at the signal bar on your cell phone?), advance ticketing opportunities and random instant seat upgrades.

One little insider tidbit I picked up while talking to the folks in charge at the arena... there are hundreds of video screens. Many of them are above the eateries and let them perform a special trick. The digital signs can morph the restaurants to match the show! Think popcorn and princesses for kids shows and more alcohol related fare for the adult concerts. Smart marketing - look for them if you ever find yourself inside.

The Park is a neat new place and a welcome addition to the Las Vegas strip. Later that night we had a blast seeing Nicki Minaj and Ariana Grande perform... although they did start the show nearly 3 hours after doors opened. I guess what happens in Vegas happens really late. 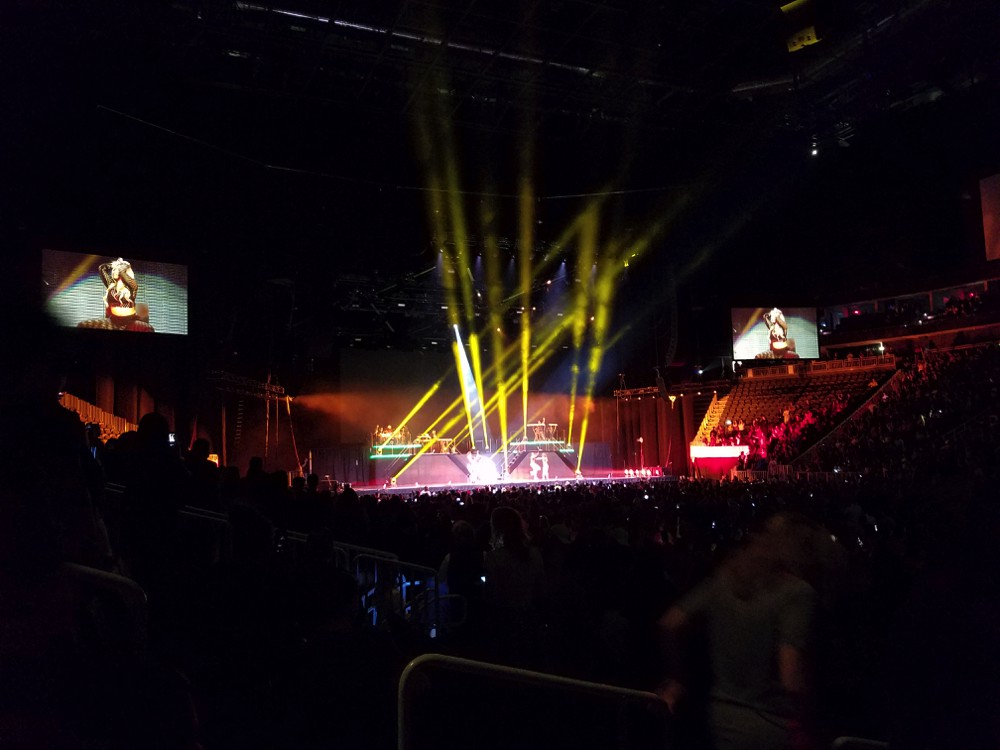 PS - Special shout out to the Cromwell Hotel, where I stayed for the night. It is now my new favorite hotel in Las Vegas. It's small - just over 180 rooms, so you have that boutique feel and the rooms have so much character you forget you're in Las Vegas. 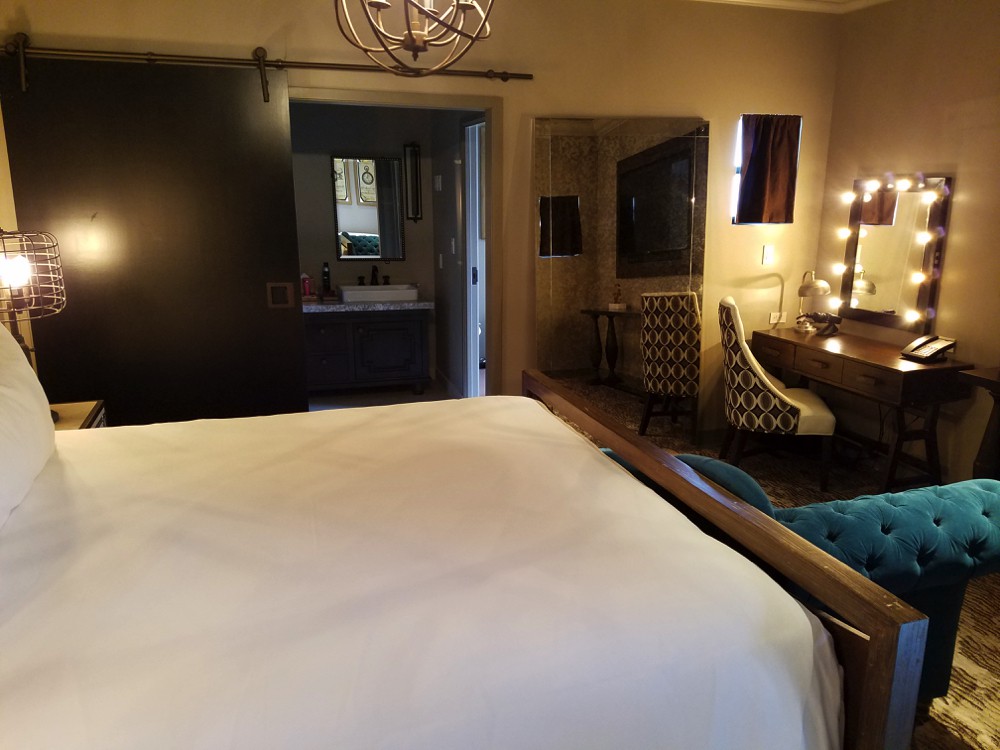