Have you ever seen a robot deliver room service? Me either, until a few days ago!

Recently I was in Cupertino for Apple’s Spring Event and stayed at the Aloft Hotel near the company’s headquarters. This hotel chain caters to the tech crowd with cool features like an Apple TV in every room. It’s also one of five hotels in the U.S. with a room service robot from a company called Savioke.

You order a drink or snack from the front desk and the robot – named A.L.O. Botlr – will deliver it to your room all by himself. I had to order an overpriced bottle of water to try it out!

I had so many questions about the process… but was especially curious to see how the little guy would knock on my door to let me know he was there. I captured the entire process on my cell phone camera and it was indeed it was a little sneak peek into the future. 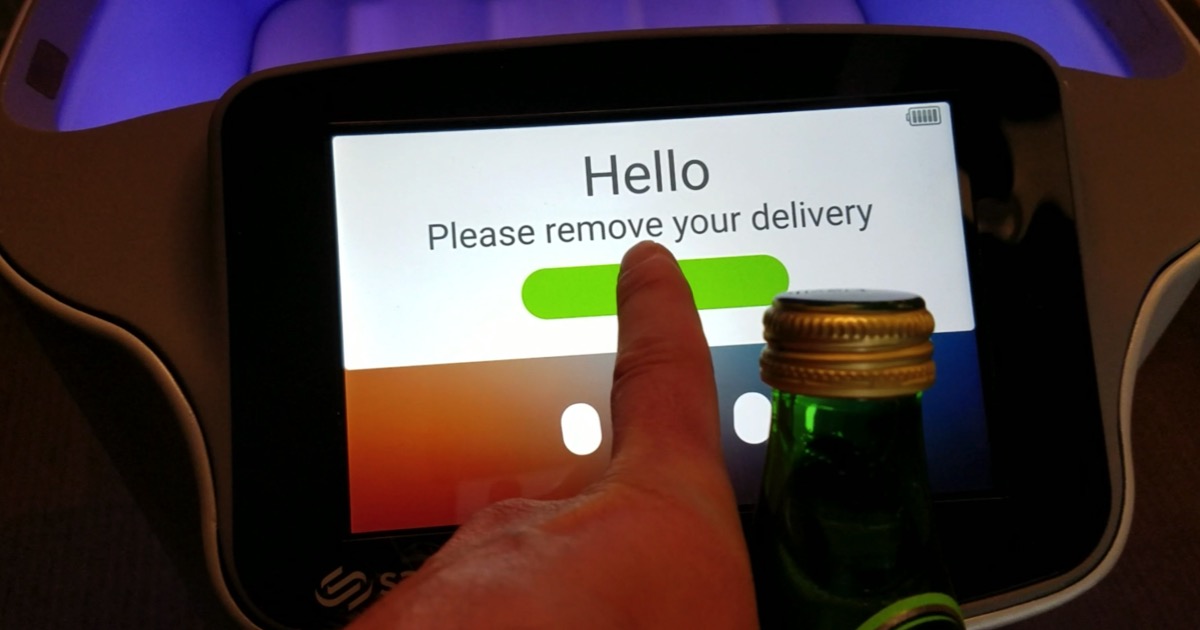 The company that makes the robot (which they call Relay) says it has completed over 13,000 autonomous deliveries since it launched. An Aloft spokesperson told Engadget that the robots aren’t meant to replace humans, just free them up to do more important tasks. If you want to see a similar robot in action, you can always book a stay at the Residence Inn near LAX.

In case you’re wondering, there is no tip necessary – but the robot does appreciate a Tweet with the hashtag #meetbotlr.

CES 2021 might not be in Las Vegas this year, but there are still a lot of gadgets to see! This year's show is all-digital. Here's a look at what's on "virtual" display and a behind the scenes look at the livestream, which I'm hosting.

Follow Rich DeMuro on Instagram and listen to the Rich on Tech Podcast, which is filled with the tech information you should know plus answers to the questions you send Rich!