There are lots of iPhone cases out there but this one turns the smartphone into a high tech weapon detection device!

A concealed knife – invisible to the naked eye – but captured on screen, thanks to a high tech iPhone case called SWORD.

“It’s targeting that there is something on his hip here that we want to see,” said Bloomquist.

The system is still in its early stages and while the demo I saw wasn’t perfect, it does show a lot of promise for a handheld means of detection… potentially more powerful than a typical metal detector wand.

“What we don’t like about the wand is the only thing it gives you is an auditory response and it doesn’t tell you anything about what it finds,” said Bloomquist.

The case, which is thicker and more rugged than your typical iPhone case, packs a lot of technology inside. It has thermal imaging, millimeter wave detection and even a sensor that can detect gunshot sounds. Facial recognition uses the iPhone camera to scan faces for instant matches against a database of known individuals.

“Today, what we can detect is ferrous materials which are generally guns and knives, and we’re building into the systems the ability to detect improvised explosive devices as well,” said Bloomquist.

At about $3500 a unit, the system costs just a fraction of the price of standard security solutions. Also, security checkpoints don’t need to be fixed places you pass through. 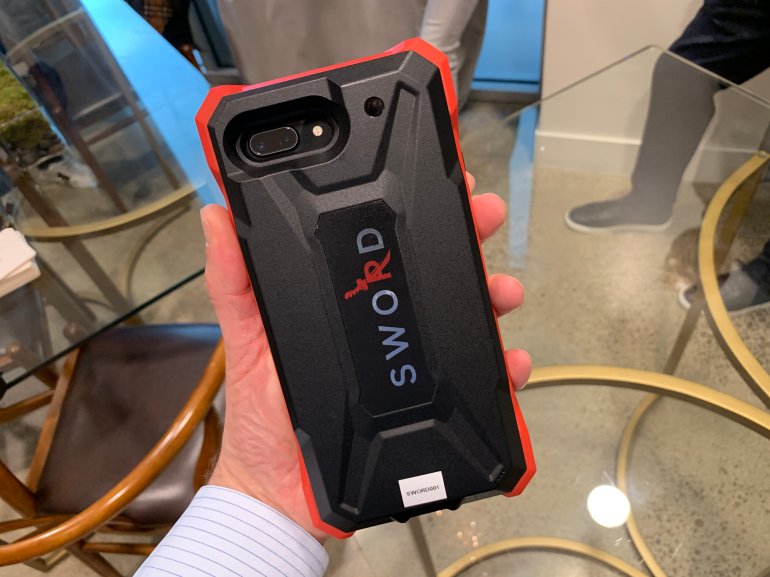 “There are areas where infrared works really well and others where it doesn’t, so you supplement that with millimeter wave,” explained Bloomquist.

In the future, you could be able to wave SWORD at a crowd and have it identify anything out of the ordinary – even restaurants and schools can easily deploy the technology.

“We’re not saying that our technology is going to replace [today’s security systems], this is an additional layer. Security comes in layers and it’s also a process as opposed to a product,” concluded Bloomquist.

Royal Holdings says they’ve gotten over 80,000 pre-orders for their product and plan to donate a million dollars worth of them to schools. Again, the prototype we saw wasn’t perfect, but the company hopes to have a working beta in the hands-on security personnel by June of this year.

Imagine taking a quick dip in a neighbors pool to cool off this summer - but without actually knowing them. A website called Swimply is like Airbnb, but for private pools.