Virtual Reality content creators talk about the promises and reality of this emerging platform.

Virtual Reality holds big promises, but so far the new technology has been slow to catch on. Recently, I hosted a panel on Virtual Reality with three content creators to find out why.

It was held at the Palm Springs Short Fest, the largest short film festival in North America. 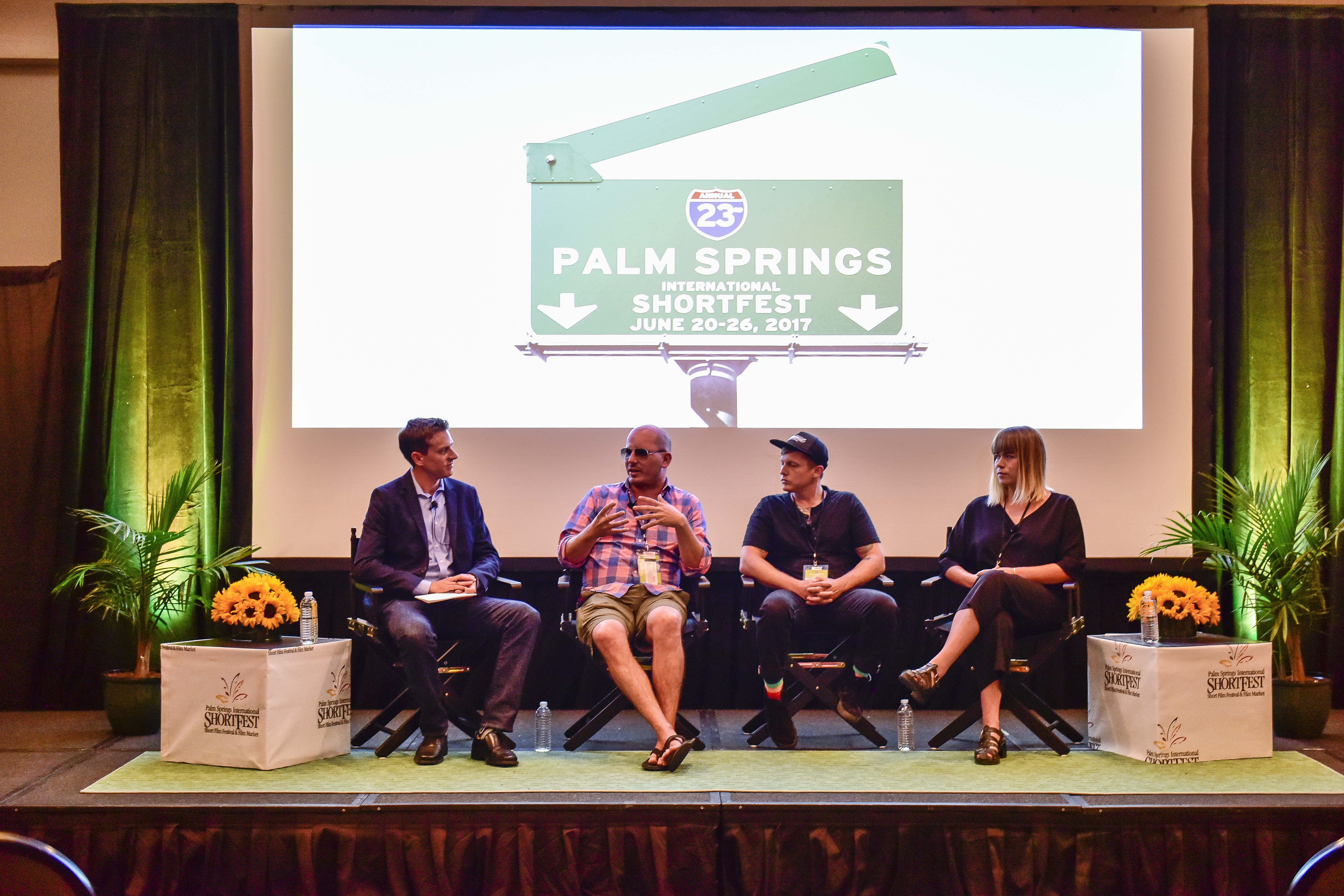 "I made a 360 where you are floating in between the planet and rings and you see the spacecraft diving between the rings," explained Samochina. She says NASA imagery is particularly useful for anyone who wants to create VR content since other creators are free to use much of the content the space agency collects.

"I do think it’s one of the best things to do with VR right now because that’s what people want to do... is float in space," quipped Samochina.

Ian Forester is a co-founder of a virtual reality studio VR Playhouse. They've created immersive experiences for clients including Jack in the Box and Fashion Week. He says the industry and technology are still in its infancy.

He says the equipment to create and consume VR content is still evolving. This could make consumers hesitant to buy the gear necessary to experience it at home.

"If you’re looking for that one VR thing that you’re going to get and it’s going to be like the phone you have for 3 years, that doesn’t exist yet," said Forester.

VR Playhouse recently launched training classes so their team of creative experts can help others learn how to work with this emerging medium. The workshops range from $275 - $900.

James Kaelan, a director at another VR Studio called WEVR, seemed excited about the prospects for everyday people.

"You’re going to be able to edit the world around you, in a very powerful way. Who knows what it’s going to turn into, but it’s going to be crazy," explained Kaelan. He believes the medium will have profound impacts not only on the way we consume content but on society as a whole.

He believes the medium will have profound impacts not only on the way we consume content but on society as a whole and envisions a day when VR editing software is as easy to use as Instagram.

If you want to try a very basic form of VR, look no further than the YouTube app on your phone. Just search for a 360 video like, then move your phone around as you watch.  Kick the experience up a notch by buying a cheap VR headset for your phone - you can find one such as Google Cardboard for as little as $15.

Amazon delivery dates have been all over the place recently, which means many of us are turning to other websites to shop on.

Darlene wrote a good question on my Facebook page:

L.A. County nursing home death rate drops two-thirds in a week, but an average of 7 residents still die each day