The University of Southern California has a brand new sports team and it’s not exactly what you may think!

When you think of sports at USC, chances are, football comes to mind. Recently,  the school introduced a new varsity team – and their playing field is a screen! 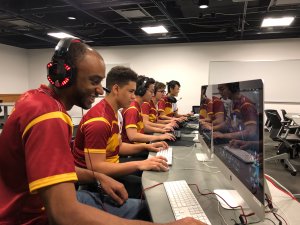 While video games have long been a popular past time on college campuses, competitive eSports is now a real job with real money, thanks to sponsorships and prizes.

The idea for the league was pitched last year by a senior named Keanu Concepcion. He recalls, “what I think was the biggest selling point for USC to take advantage of collegiate eSports was that we also have the number one game school in North America.”

The school decided on League of Legends as its first team mainly because the game has a well-developed collegiate league already. 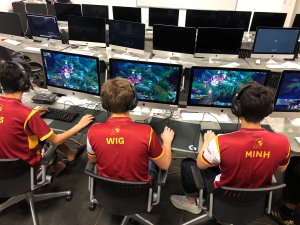 It helps that the game’s founders, Brandon Beck and Marc Merrill, are both USC alumni.

Just like their fellow Trojans, the team practices and even had their first exhibition match against a crosstown rival UCLA. “We had hundreds of people watching us from the quad and you know full light show, full support of the team and I couldn’t have been prouder of the team!” says team member, Dominic Ricci.

The co-ed team currently has one female player, a freshman named Sarah Cheung, from China. She told us, “the most important thing is to be confident, you need to believe. If you really love the game, there will be many opportunities waiting for you whether you’re a girl or a boy.” 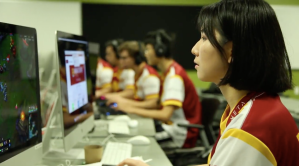 Success on the screen here can translate into a job in the industry or a career playing video games.

And if you hope to one day play for an eSports team Sarah has some advice for you, “well you can’t be afraid, you need to be confident for yourself, you never know if you’re going to make it until you try it.”

The League of Legends team’s first official match is coming up and the school will soon be offering eSport scholarships in the coming years.

Best friends donate kidneys to couple in need of …

Why women are cutting their hair in protest

A doc from the Disney family takes aim at the Mouse …

When will Hurricane Ian hit the U.S.?