Two people died and two were injured after a shooting in Aliso Viejo Thursday afternoon and the gunman is still at large, authorities said. 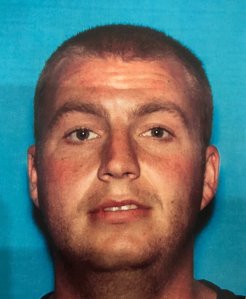 Authorities responded to a report of shots fired at about 2:45 p.m. in Ashbury Court, in the Hamptons neighborhood, Orange County sheriff’s officials said.

Authorities later identified the suspected gunman as Luke William Ferguson, 26, and said he should be considered armed and dangerous.

Ferguson is described as being 6 feet 1 inch tall and weighing around 200 pounds. He has a tattoo on his right shin reading “90291” and his head is believed to have been “freshly shaved,” according to Orange County Sheriff’s Lt. Fred Thompson.

Ferguson is related to one of the victims, Thompson said. Officials did not disclose his relationship to the victims but did say he is not considered to pose a threat to others.

The victims have not been identified.

At one point Thompson said investigators believed there were more victims injured in the gunfire and transported to local hospitals, but he later said that was not the case.

Sky5 aerial footage of the homicide scene showed a group of O.C. Sheriff’s patrol cars parked in a residential neighborhood, with K-9 units seen sniffing through some trees and shrubbery along a road.

Two blue tents could be seen pitched near some homes, with law enforcement officers standing around them.

Police had also responded to the nearby Aliso Viejo Middle School after a report of a loud boom, but the campus was not involved in the incident, Lt. John MacPherson of the Orange County Sheriff’s Department said in a tweet.