Actor William Adam West, best known for his work as “Batman,” has died following a battle with leukemia, according to statements from his family.

“It’s with great sadness that we are sharing this news…Adam West passed away peacefully last night after a short but brave battle with leukemia,” family members posted on West’s verified Facebook page. “He was a beloved father, husband, grandfather, and great-grandfather. There are no words to describe how much we’ll miss him. We know you’ll miss him too and we want you to know how much your love and support meant to him throughout the years. Hug your loved ones today.” 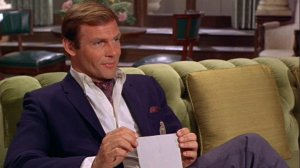 West’s fascination with comic books, particularly the character of Batman, began around the age of 10, according to the Internet Movie Database.

His first job in show business was as a DJ at a radio station in Seattle. By 1959, West had made his way to Hollywood, where he shortened his name to “Adam West,” according to IMDB.

In 1966, West was cast as Batman, a role that would forever define his career.

Even though West appeared in over 140 movies and TV shows, it was his three seasons playing the “Caped Crusader” that earned West national and international fame.

A drawing of Batman by artist Bob Kane one was of West’s most prized possessions, according to IMDB. Kane inscribed the drawing: “To my buddy, Adam, who breathed life into my pen and ink creation.”

Our beloved AW passed away last night. He was the greatest. We'll miss him like crazy. We know you'll miss him too – West Family pic.twitter.com/8bkEq1C2ao

An Anaheim man was arrested after he chased his estranged wife onto a field with kitchen knives during her child's sporting event in Garden Grove, police said Saturday.

The mother was watching the child warm up at the fields at Chapman Sports Complex on 11701 Knott Street around 7 p.m. Friday when the child alerted her that the father was coming up from behind her, Garden Grove Police Department officials said.

Kobe Bryant’s NBA career was like few others before him — and so is the way the Lakers star will be remembered within the Naismith Memorial Basketball Hall of Fame upon his posthumous induction Saturday.

For only the second time in its history, the hall has created a stand-alone space for an enshrined member in the form of an exhibit dubbed, “Kobe: A Basketball Life.”

A fading coronavirus crisis and an astounding windfall of tax dollars have reshuffled California’s emerging recall election, allowing Democratic Gov. Gavin Newscom to talk about an end to most COVID-19 restrictions and propose billions in new spending as he looks to fend off Republicans who depict him as a foppish failure.

The governor spent much of 2020 on the defensive for whipsaw decisions during the depths of the pandemic that angered many business owners and residents. But more recently he has appeared to steady his stride with the all-but-certain election looming this fall.

Newsom budget proposes $11B for transit, focusing on bullet train and L.A. Olympics

Long Beach DACA recipients allowed to travel outside the U.S. and come back legally after suing Biden administration

Newsom budget proposes $11B for transit, focusing on bullet train and L.A. Olympics