Some 1,000 full-time jobs are now being filled at a new Amazon fulfillment center in Redlands, the Seattle-based online retailer announced Thursday.

Hiring has already begun for jobs in the 750,000-square-foot facility, which is set to open this spring at 2125 W. San Bernardino Ave. Associates at the new facility will pick, pack and ship larger items like sports equipment, patio furniture and pet food.

Full-time Amazon employees get what the company describes as “competitive hourly wages” as well as health insurance, performance-based bonuses, a 401(k) and other benefits. Those who want to work at the Redlands facility can apply at amazondelivers.jobs.

The Redlands center is set to open soon, though no exact opening date has been determined, a spokeswoman for the company said Thursday.

Along with another fulfillment center planned for Eastvale, the Redlands center brings the number of such Amazon facilities in California to about 10. Of those, five are in the Inland Empire.

The Eastvale facility will be 1 million square feet and will handle smaller items such as books, electronics and toys. Amazon will also being hiring about 1,000 full-time workers for the Eastvalle facility, which is set to open in 2018, according to the spokeswoman. 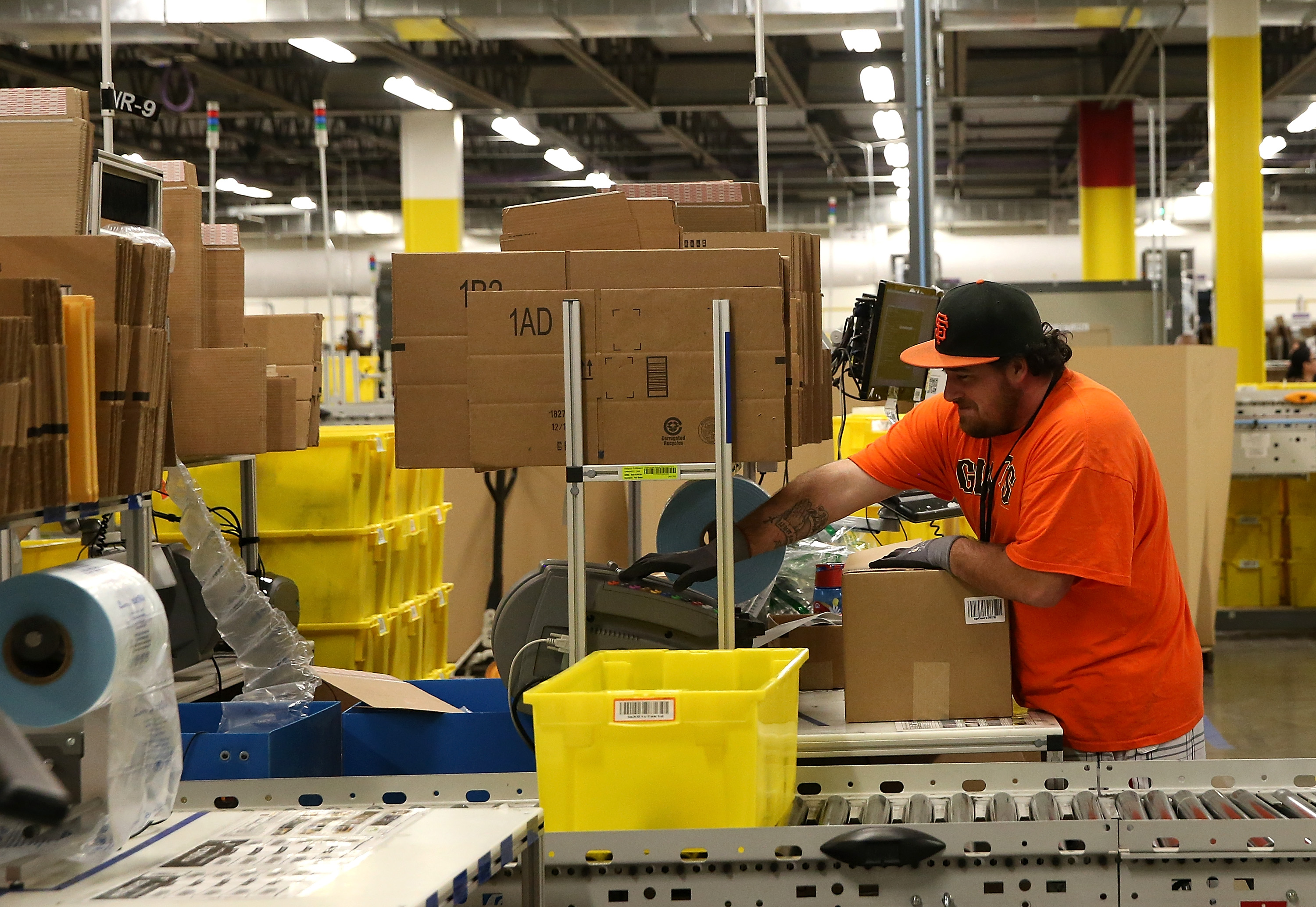 A Home Depot in Lakewood was the site of the newest smash-and-grab theft in Los Angeles County Friday night, and it appears the thieves stole tools that could be used for future crimes, according to the Los Angeles County Sheriff's Department.

At about 7:45 p.m., eight or nine young men entered Home Depot, located at 5000 Hardwick St., and stole multiple hammers, crowbars, wrenches and other tools before fleeing into waiting vehicles, according to Detective Collinsworth of the Sheriff's Department.

A Rolex watch was stolen in an armed robbery on Melrose Avenue Friday night, according to the Los Angeles Police Department.

The watch was taken during a robbery that was reported just before 7 p.m. in the 7800 block of Melrose Avenue, according to LAPD Officer Orris.

A pedestrian is dead after they were killed by a hit-and-run in Harvard Heights on Friday, authorities said.

The pedestrian, whose identity, age and gender were not released, was struck in the 2100 block of Venice Boulevard shortly after 7:30 p.m., according to an alert from the Los Angeles Fire Department.