Coroner’s officials on Sunday identified a man and woman who were shot to death at an apartment in Alhambra on Friday.

Cuong Nhat Do, 44, and Camha Nguyen Do, 38, both of Anaheim, died in the shooting, which was reported shortly after 7 p.m. Friday at an apartment in the 400 block of North 2nd Avenue, Los Angeles County Department of Medical Examiner Capt. John Kades said. The relationship between the victims was not yet clear.

While the victims were both listed in coroner’s records as Anaheim residents, public records linked them to the apartment in Alhambra as well.

The suspect in the double homicide has been identified as Sam Nhat Do, 42, of Alhambra, according to the Alhambra Police Department and Los Angeles County booking records. His relationship with the victims was not clear, nor was a motive for the shooting.

Officers responded to reports of “shots fired” and found Cuong and Camha Do suffering from gunshot wounds inside an apartment, Alhambra police said. CPR was attempted, but both victims succumbed to their wounds at the scene.

As another officer was en route to the scene, Sam Do stopped an officer about two blocks away and told the officer he had just shot two people at the apartment, police said in a written statement.

Anyone with information can reach the Alhambra Police Department at 626-570-5151. 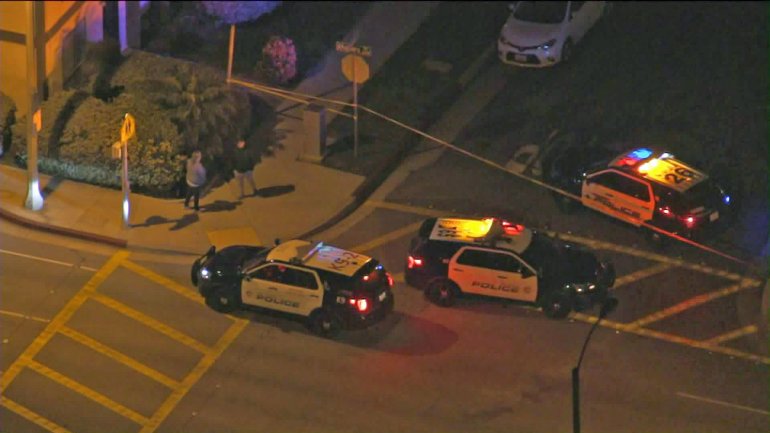 A 51-year-old man died Saturday after he collided with another surfer at popular Rincon Point in Ventura County, authorities said.

Gerry Gilhool was transported to Community Memorial Hospital, where he was pronounced dead, said Capt. Victor Medina, of the Ventura County Sheriff’s Office. The incident was declared an accident, he said.

A black bear was spotted early Sunday in Eagle Rock, only about a mile from where another sighting took place last week.

About 2:30 a.m., a “small brown bear” was seen near the 2100 block of Estes Road, according to dispatch audio posted to the Citizen safety alerts mobile app. The state Department of Fish and Wildlife confirmed that it received a call about the sighting.

A suspected drunk driver was arrested after a wrong-way, head-on crash that killed a 24-year-old woman in the Fontana area early Sunday morning, officials said.

Dina Mariesol Mora Martinez, 34, of Adelanto was headed the wrong way down Valley Boulevard near Cypress Avenue in her Chevrolet Colorado shortly before 1:50 a.m., California Highway Patrol said in a news release.

Thousands of South L.A. residents to get free and discounted Uber rides to COVID-19 vaccine site at USC

Thousands of marijuana convictions reduced, others dismissed in San Diego

L.A. County set to receive biggest vaccine shipment yet, with 62% of shots going toward 1st doses