A former San Bruno firefighter was arrested this week on suspicion of stealing more than $25,000 from the firefighter’s union annual toy drive for low income families, police said. 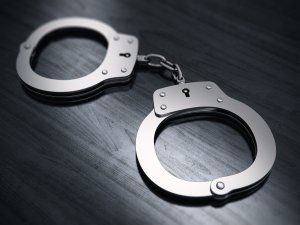 Holly Kaye Nelson was taken into custody Monday on a warrant for two felony counts of grand theft, according to Lt. Troy Fry of the San Bruno Police Department.

They discovered Nelson had been taking money from the association’s bank account for more than two years, Fry said in a written statement.

The captain of a scuba diving boat that caught fire and sank off the coast of Santa Cruz Island last year, killing 34 people who were trapped below deck, was indicted Tuesday on federal manslaughter charges for one of the deadliest maritime disasters in recent U.S. history.

Jerry Boylan was charged with 34 counts of seaman's manslaughter for "misconduct, negligence and inattention" by failing to train his crew, conduct fire drills and have a roving night watchman on the Conception when fire broke out Sept. 2, 2019, the indictment said.

All three local officials were on the hot seat Tuesday after various reports that they violated rules aimed at controlling the spread of the coronavirus — or at a minimum, violating the spirit of the rules as they repeatedly urged others to stay home.

The Los Angeles Times on Tuesday sued the U.S. Department of Homeland Security, seeking the release of records detailing allegations of widespread sexual abuse and harassment at immigration detention centers.

The lawsuit filed in federal court in Los Angeles followed a recent Times investigation that uncovered hundreds of allegations by detainees in California of violence and abuse. Few of the allegations resulted in criminal charges, a lack of accountability that fostered unchecked violence within the facilities.

5-year-old fatally hit by vehicle on Alabama road after mom’s boyfriend forced him out of car: Sheriff