Skip to content
Breaking News
Breaking News
Police are in pursuit of a vehicle in L.A. County
Live Now
Live Now
KTLA 5 News at 10
This is an archived article and the information in the article may be outdated. Please look at the time stamp on the story to see when it was last updated.

A 19-year-old man was arrested following a shooting at a state recreation area in San Luis Obispo County that sent six people to the hospital, authorities said Sunday. 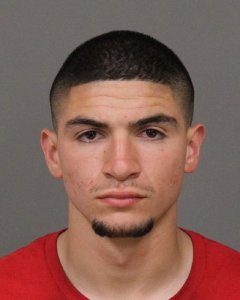 State park officials received 911 calls of shots fired at Oceano Dunes around midnight on Sunday, according to the county Sheriff’s Office. Multiple victims received treatment at the scene before six of them were hospitalized, officials said.

The following afternoon, Francisco Orozco was arrested on suspicion of attempting to kill, the office said in a statement.

“At this time the Sheriff’s Office believes this is an isolated incident,” the agency said in statement earlier Sunday.

Oceano Dunes, located along the Central Coast about 16 miles south of San Luis Obispo, has camping sites and grounds for off-highway vehicles.

The case remains under investigation. Anyone with information can call the Sheriff’s Office at 805-781-4550. Those who wish to remain anonymous can contact Crime Stoppers by dialing 805-549-STOP (7867) or visiting slotips.org.

Fire resources have been released. There has been no arrest as of this morning at 6:30am. San Luis Obispo Sheriff is taking over the investigation. 5 victims were transported to local hospitals and there were no fatalities.

Police are in pursuit of a vehicle in the Pomona area. Sky5 is overhead.

The blue SUV was moving slowly across surface streets in the area of Indian Hill Boulevard around 9:15 p.m.

Leaders of the Los Angeles teachers union on Friday will call for campuses to remain closed and for distance learning to continue when the school year begins on Aug. 18, The Times has learned. Union leaders have concluded it is not safe to bring children back on campus as COVID-19 cases in Los Angeles County surge to new highs.

The union will also release a report suggesting parameters for reopening will be difficult to meet any time in the near future, although they are in line with what some health experts are recommending.