The Pasadena Police Department has released the names of the officers who responded to a 911 call last month which resulted in the death of 36-year-old Reginald Thomas following an altercation involving a Taser in an apartment. 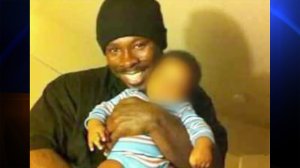 Thomas was allegedly armed with a knife and a fire extinguisher, and refused to comply with officers’ orders to drop the weapons. According to police, Thomas instead retreated back into the apartment and tried to barricade himself. At that point officers used a Taser on Thomas and a fight ensued. The officers restrained Thomas inside the apartment, but removed the restraints when they observed him not breathing.

Officer Jeffrey Newlen arrived on scene shortly after Thomas was restrained and assisted with CPR, police said in a statement.

Thomas was pronounced dead on scene.

Caree Harper, who represents Reginald Thomas’s family,  has alleged Thomas was repeatedly kicked and beaten by officers, and was not given proper medical attention.

Thomas’s girlfriend, Shainie Lindsay, had previously told KTLA that Thomas was “dysfunctional” and bipolar, and had previous run-ins with police.

The case  remains under investigation by the Los Angeles County Sheriff’s Homicide Bureau.

The plight of an entangled baby whale off Orange County has sparked an urgent multi-agency rescue effort, highlighting again the perils that ocean debris poses to marine mammals and other wildlife.

The baby gray whale has a rope around its mouth and trailing in the water behind it. That’s prompted a team of ocean animal experts from Dana Point to Monterey to closely follow the whale, hoping to get close enough to extricate it.

Officers responded about 2:30 a.m. to the report of a man armed with a knife in the 5200 block of Whitsett Avenue, police said in a tweet. Shortly after, a police shooting occurred.

Those 16 and older living or working in L.A. County can get vaccinated without booking an appointment at several different county sites, while supplies last.