Jerome Boyd, 55, was driving near downtown shortly before 11 a.m. when he suffered the medical emergency, according to an LAFD news release.

He was transported by an LAFD ambulance to California Hospital where he died.

Video from Sky5 showed a traffic collision involving a Crown Victoria vehicle marked with a Los Angeles Fire Department emblem on the side and a pickup truck near 17th and Los Angeles streets.

A cause of death was not immediately known; the L.A. County coroner’s office will perform an autopsy to determine one, according to LAFD.

Boyd was a 30-year veteran of the department and was assigned to the Fire Prevention Bureau’s public safety section, according to the news release.

“I join the men and women of the LAFD in mourning Chief Boyd’s sudden passing,” LAFD Chief Ralph Terrazas said in the release. “It is always an unexpected tragedy to lose one of our own and my thoughts and prayers are with his family at this difficult time.”

“Very sad to learn of the on-duty passing of @LAFD Battalion Chief Boyd today. The thoughts & prayers of the #LAPD are w/ his family tonight,” Beck tweeted.

“Firefighters put their lives on the line for our safety every day. And when we lose one of these brave first responders, everyone in our city feels the pain of that loss,” he wrote.” My thoughts and prayers are with the family, friends, and colleagues of Los Angeles Fire Department Battalion Chief Jerome Boyd. I join all Angelenos in mourning his passing today, and honoring his 30 years of dedicated service to our city.”

Funeral arrangements are pending and will be announced in the coming days, the Fire Department said.

Very sad to learn of the on-duty passing of @LAFD Battalion Chief Boyd today. The thoughts & prayers of the #LAPD are w/ his family tonight pic.twitter.com/JZHzM2jown 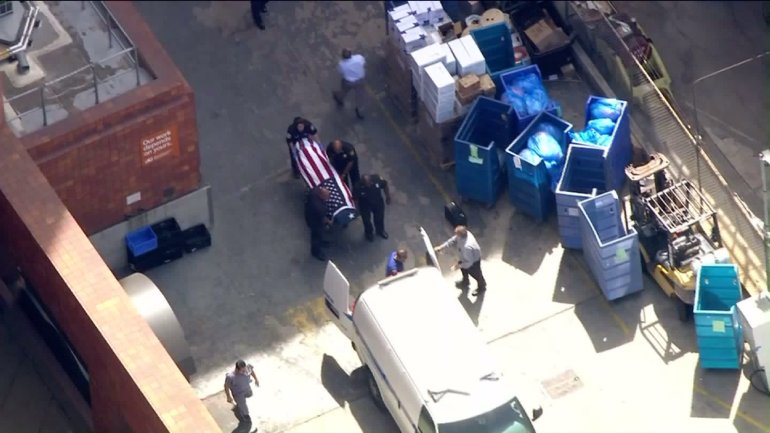 Pursuit that began in Chula Vista ends on 5 Freeway …