Skip to content
Breaking News
Breaking News
Watch live: Long Beach officials give update as National Guard troops arrive in city
Live Now
Live Now
KTLA 5 Morning News
This is an archived article and the information in the article may be outdated. Please look at the time stamp on the story to see when it was last updated. 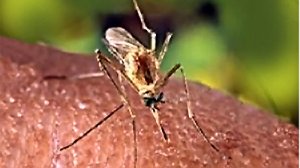 The men were both hospitalized in August and died from West Nile virus-associated encephalitis, according to the county Department of Public Health. The two deaths are the first confirmed this year in Los Angeles County,  excluding Long Beach and Pasadena which have their own health departments.

“This serves as a warning that West Nile virus is a serious disease that may lead to hospitalization and can even result in death,” Jeffrey Gunzenhauser,  interim county health officer, said in a released statement. “Older adults and people with weak immune systems are at highest risk of severe illness.”

So far this year, 68 people have been infected, according to county health officials, which is more than the amount of West Nile cases reported this time last year.

In total 108 human infections, including four deaths, have been documented in California this year.

The public is urged to reduce risk of infection by using insect repellent containing an effective ingredient such as DEET, and eliminating any standing water around homes where mosquitoes can breed.

But while hundreds demonstrated against the police killing of George Floyd in Minneapolis, a separate, growing group began robbing stores in the Pike Outlets a block away.

Actor Kendrick Sampson said he was shot seven times with rubber bullets by police in Los Angeles on Saturday during a protest over the death of George Floyd.

"He pointed the gun DIRECTLY AT ME," Sampson wrote on Twitter, linking to an news report about his experience. "I actually got hit 7 times with rubber bullets and many with batons. My boy has stitches."

Los Angeles police officers shot a woman in Hollywood on Sunday night after finding her atop another woman she was stabbing, police said.

The woman who was shot was taken to a local hospital, where she was reported to be in stable condition, police said. The stabbing victim was pronounced dead at the scene.

National Guard patrols L.A. after night of violence and police clashes with protesters