After investigating what was suspected to be new lead in the search for Kayla Berg, who disappeared in Wisconsin back in 2009 when she was 15 years old, police said the evidence has no connection to the victim. 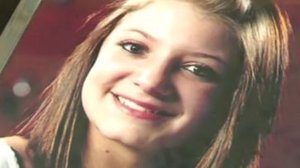 On Monday on its Facebook page, the Antigo, Wisconsin, Police Department said a YouTube video that recently went viral could be connected to Berg.

But after looking into the video and identifying the people behind it, law enforcement determined the content was "100 percent fake."

The video shows a man talking about a date with a girlfriend until a door opens, revealing a woman tied up on the floor, crying. The footage was posted years ago, but recently has been making the rounds on social media.

Some viewers believed it was Kayla Berg, who is from Antigo and disappeared seven years ago, two months before the video was posted.

Even Kayla's her mother said she saw a resemblance.

"Sounded like her, looked like her. It gave me chills," Hope Sprenger said. "Disturbing. It made me sick to my stomach."

Either way, it was a disturbing reminder of what happened seven years ago, Sprenger said.

In just three months, the video went from less than 20,000 views to almost a million.

President Joe Biden plans to sign on Monday an executive order that aims to boost government purchases from U.S. manufacturers, according to administration officials.

The United States has shed roughly 540,000 factory jobs since last February as the coronavirus pandemic hurled the world's largest economy into recession. The goal of the order would be to use the $600 billion the federal government spends on procurement to boost domestic factories and hiring, said officials who insisted on anonymity to discuss the forthcoming announcement.

Four times as many jobs were lost last year due to the coronavirus pandemic as during the worst part of the global financial crisis in 2009, a U.N. report said Monday.

The International Labor Organization estimated that the restrictions on businesses and public life destroyed 8.8% of all work hours around the world last year. That is equivalent to 255 million full-time jobs - quadruple the impact of the financial crisis over a decade ago.

Sarah Sanders, Donald Trump’s former chief spokeswoman and one of his closest aides, announced Monday she’s running for Arkansas governor, vying for political office even as the former president’s legacy is clouded by an impeachment charge that he incited the deadly siege at the U.S. Capitol.

The former White House press secretary, who left the job in 2019 to return to her home state, launched the bid less than a week after the end of Trump’s time in office and as the ex-president faces an impeachment trial.

For EMTs in ambulances, COVID-19 is an unseen and unwelcome passenger

Driver sought in multivehicle crash that left 1 killed, 3 injured on 10 Fwy in Pomona

California considers prioritizing age above all for COVID-19 vaccine