A California woman convicted in the death of one of her 22-month-old twins after she left the boy with her live-in boyfriend who strangled him has been sentenced to 21 years to life in prison. 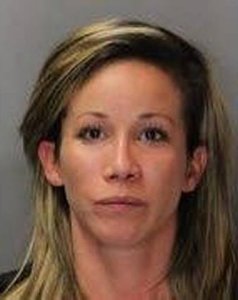 Rebecca Thomas was found guilty in May of second-degree murder and felony child abuse. The Sacramento County District Attorney’s Office says she was sentenced on Friday.

Investigators said Thomas saw evidence of child abuse on her twins and was instructed to seek medical help for the injuries. Instead, prosecutors said, she left her children with Taylor Montgomery-Gutzman, who strangled one of the twins in 2016.

Montgomery-Gutzman was also convicted of murder and other charges. He faces a maximum sentence of 31 years to life when he’s sentenced Oct. 10.