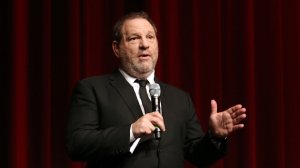 Carrie Goldberg, who has represented the actress for the past month, told CNN in an interview that the case has failed to move forward even though police investigators believe there is sufficient evidence to present to a grand jury and prosecutors have met with her client twice and subpoenaed hundreds of financial, phone and therapy records.

“It takes a huge emotional toll on a rape victim to have to rehash this,” Goldberg said. “My client has put so much into this and if the case just gets dropped … that’s a real problem.”

An NYPD source familiar with the investigation told CNN there is enough evidence in the case for the Manhattan District Attorney to present to a grand jury.

Through a spokesman, Weinstein has repeatedly denied all allegations of non-consensual sex.

“There’s a paralysis in this case,” Goldberg said.

NYPD special victims detectives and district attorney investigators have held multiple meetings on the status of the case, including one this week, according to the police source, who did not provide further details.

“There’s not really more evidence the detectives can provide,” Goldberg said. “The prosecutors have enough. It’s sort of now or never. What are you waiting for?”

Goldberg said her client has been “holding it together” under the circumstances.

“It’s been a brutal month for Paz,” she said. “She’s complied fully with the investigation but at times it actually seems she’s the one under investigation.”

“If this (case) doesn’t move forward and they put her through this much — I’m going to call it torture — that’s a horrible thing for her to have to experience but it also sends a message to all rape victims,” the attorney added.

De la Huerta’s claim that Weinstein raped her twice in 2010 represented “the strongest case we’ve had that fits within the statute of limitations,” an NYPD source familiar with the investigation told CNN earlier this month.

NYPD Chief of Detectives Robert Boyce told reporters earlier this month that de la Huerta’s case was credible because of her “ability to articulate each movement of the crime, where she was, where this happened.”

It is unclear what may be causing the delay in keeping the criminal case from moving forward.

De la Huerta, who has appeared in “A Walk to Remember” and the HBO drama “Boardwalk Empire,” alleges Weinstein raped her in her apartment on two separate occasions in 2010.

De la Huerta, 33, had told CNN that she called the NYPD rape hotline in late October to report the alleged assaults. De la Huerta and her attorney have worked with detectives from the NYPD’s special victim’s unit and the district attorney’s office, she said.

In October 2010, twelve years after first meeting Weinstein on the set of the film “Cider House Rules,” de la Huerta said she ran into the producer at a club in Manhattan’s Tribeca neighborhood, where both she and Weinstein lived.

She accepted a ride home from Weinstein and when they arrived at her apartment, de la Huerta said he insisted on joining her for a drink.

“He pulled my dress up and unzipped his pants and raped me,” de la Huerta said.

In an interview with CNN, de la Huerta recalled being in a state of shock, traumatized and in disbelief following the alleged rape.

“He finished what he did, and he told me he’d be calling me,” she said.

Nearly two months later, de la Huerta said Weinstein showed up in the lobby of her apartment one night. She said she reluctantly let him upstairs and he raped her again.

“The first time I was in complete shock and it happened so quickly. The second time, I was terrified of him,” she said. “In a million ways I knew how to say no, I said ‘no.'”

More than 60 women have come forward with allegations of sexual harassment or assault against Weinstein. New York police have told CNN they’ve fielded dozens of calls about Weinstein. Police in London and Los Angeles have also opened investigations

By the end of 2010, de la Huerta said she started drinking heavily and fell into depression. She said she shared what happened with her best friend and her therapist.

De la Huerta said she was hesitant to go public with her story, but hopes her word, along with the evidence she said she’s helped investigators collect, is enough to put Weinstein in jail.

“I think he’s done it to too many women, and he’s gotten away with it for too many years,” she said. “It would be nice to know justice exists.”

Another day of protests over the death of George Floyd brought more examples of New York City officials downplaying or denying the police department’s rough treatment of protesters — even when it was caught on video.

Mayor Bill de Blasio said Friday he had personally seen “no use of force around peaceful protests” and cast doubt on people who had, belying social media posts and witness accounts of officers moving on demonstrators without provocation and bashing them with batons.

Joe Biden formally clinched the Democratic presidential nomination Friday, setting him up for a bruising challenge to President Donald Trump that will play out against the unprecedented backdrop of a pandemic, economic collapse and civil unrest.

“It was an honor to compete alongside one of the most talented groups of candidates the Democratic party has ever fielded," Biden said in a statement Friday night, ”and I am proud to say that we are going into this general election a united party."

A black man who died in police custody in Tacoma, Washington, could be heard on dispatcher audio screaming "I can't breathe," according to an attorney for the man's family.

Tacoma police tried to arrest Manuel Ellis the night of March 3 after officers saw him "trying to open car doors of occupied vehicles," according to a news release from the city's police department.