A convicted sex offender was taken into custody in Washington, D.C., Wednesday after being sought by U.S. Marshals for failing to self-report to a transitional center following his release from a prison in Virginia earlier this month. 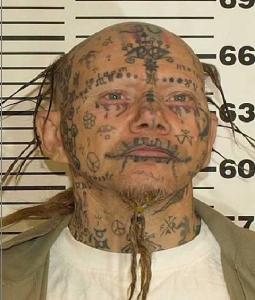 He was given a one-day furlough to travel to Austin, Texas, and signed a form acknowledging that he was still in the custody of the Federal Bureau of Prisons until his projected release date in July, WTVR reported.

His signature acknowledged that he could be charged with escape should he fail to report to the Austin Transitional House as directed. It's not clear how Stager intended to get to Texas, the local Virginian-Pilot newspaper reported.

Until his arrest, Stager's whereabouts were unknown, according to U.S. Marshals.

“The possibilities are endless,” Deputy U.S. Marshal Chris Leuer told the Virginian-Pilot. “He’s kind of a drifter, could make it by with very little.”

After his photo was released to news media, U.S. Marshals received "numerous" reported sighting of him in Washington, D.C., Leuer said in a statement. About 4 p.m., he was seen walking down the street by two D.C. police officers near a courthouse. He was taken into custody without incident.

He will be transferred back Richmond, Virginia, to face an expected escape charge, Leuer said.

Stager is a convicted sex offender and has a history of drug abuse and mental health concerns, according to U.S. Marshals. He was convicted in North Carolina in 1999 of indecent liberties with a minor and was required to register as a sex offender for life.

He was completing a five-year sentence for failing to register as a sex offender, the Virginian-Pilot reported. The newspaper cited court records showing at least eight other arrests for the same crime -- including in California, Oregon and Utah.

He told a judge in 2013 he had no ties to any particular place, calling himself a "hobo," the newspaper reported.

Far-right media personality Tim Gionet, who calls himself “Baked Alaska,” has been arrested by the FBI for his involvement in the riot at the U.S. Capitol, a law enforcement official told The Associated Press.

Gionet was arrested by federal agents in Houston on Saturday, according to the official, who was not authorized to discuss the matter before the public release of a criminal complaint and spoke on condition of anonymity.

All federal prisons in the United States have been placed on lockdown, with officials aiming to quell any potential violence that could arise behind bars as law enforcement prepares for potentially violent protests across the country in the run-up to President-elect Joe Biden's inauguration on Wednesday.

The lockdown at more than 120 federal Bureau of Prisons facilities took effect at 12 a.m. Saturday, according to an email to employees from the president of the union representing federal correctional officers.

One of the largest jackpots in U.S. history will grow even larger since there was no winner for Friday's drawing of the Mega Millions' $750 million top prize.