President Barack Obama returned to Southern California Thursday afternoon, and, as usual, his visit was expected to create heavy traffic for rush-hour commuters.

Air Force One touched down at Los Angeles International Airport shortly before 3:30 p.m., as scheduled. He quickly boarded Marine One en route to Burbank.

Obama arrived in L.A. from the Bay Area, where he was slated to attend several Democratic fundraisers.

While in the Los Angeles area, Obama taped an appearance on “The Ellen DeGeneres Show” at Warner Bros. studios in Burbank.

Dozens of protesters awaited him outside the home, and a group of young marchers walked through the streets, carrying signs in support of immigrants’ rights.

The president’s final stop was at another home in Hancock Park belonging to Leah and Sam Fisher.

The event was as described as a “more intimate $10,000 per person discussion and dinner,” according to Wire.

Drivers can expect heavy traffic delays if traveling in the same area as the president.

The Los Angeles Police Department issued a traffic advisory telling drivers which streets to avoid during the president’s visit Thursday:

The Burbank Police Department stated there would be hard closures in both directions on Hollywood Way from San Fernando Boulevard to Olive Avenue from 3:45 to 4:15 p.m., and from 5:15 and 5:45 p.m.

There will also be a complete closure with no traffic on Olive Avenue and Barham Boulevard from Riverside Drive to Forest Lawn Drive from 2:45 to 5:45 p.m., according to the Burbank police.

Some areas to avoid on Friday morning were also listed in the traffic advisory:

After spending Thursday night in Los Angeles, Obama was expected to travel shortly before 11 a.m. from LAX to Palms Springs International Airport.

He will host a summit with leaders from the Association of Southeast Asian Nations in Rancho Mirage on Monday and Tuesday, according to the White House.

He departs from Palm Springs on Tuesday afternoon. 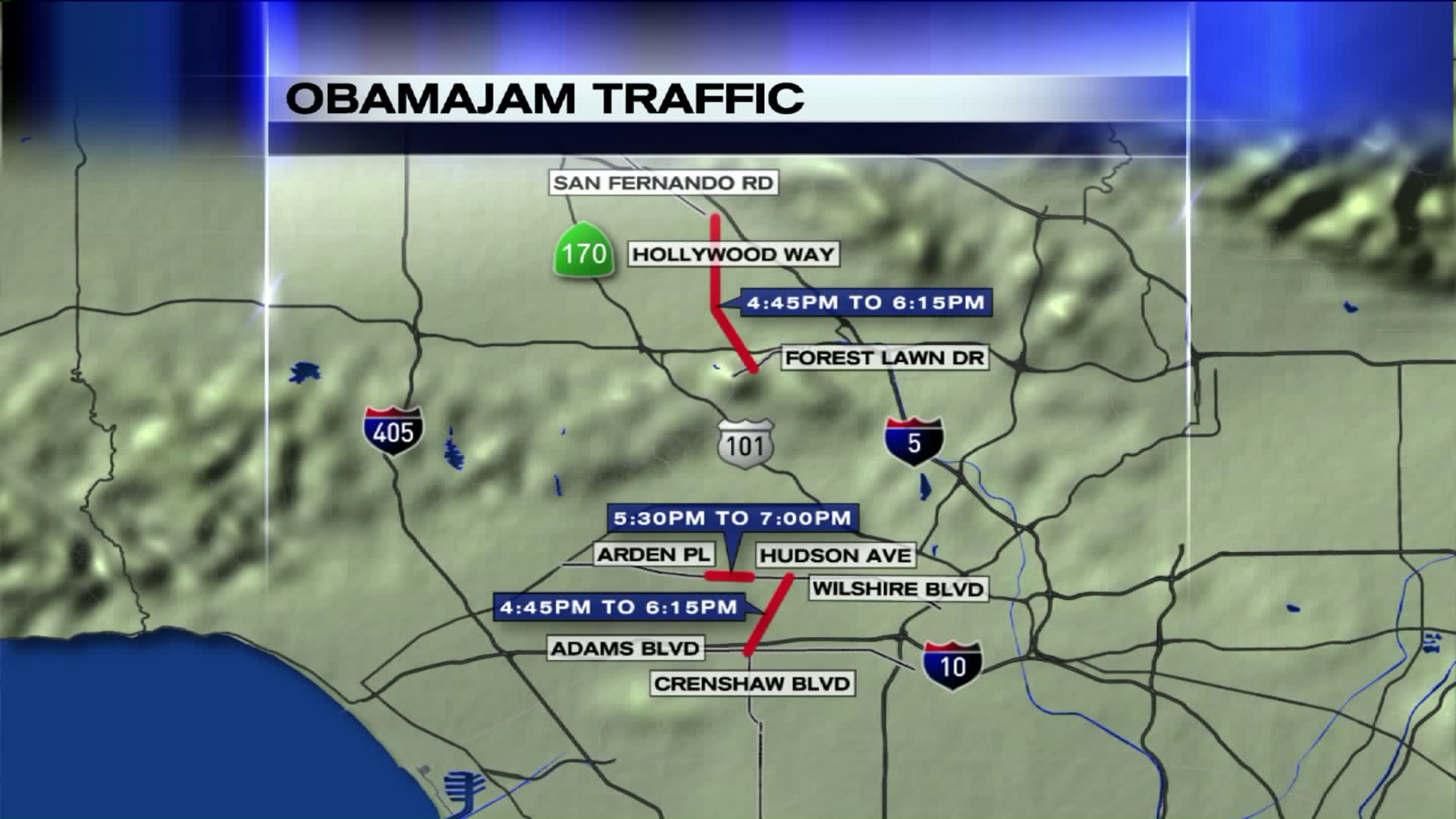 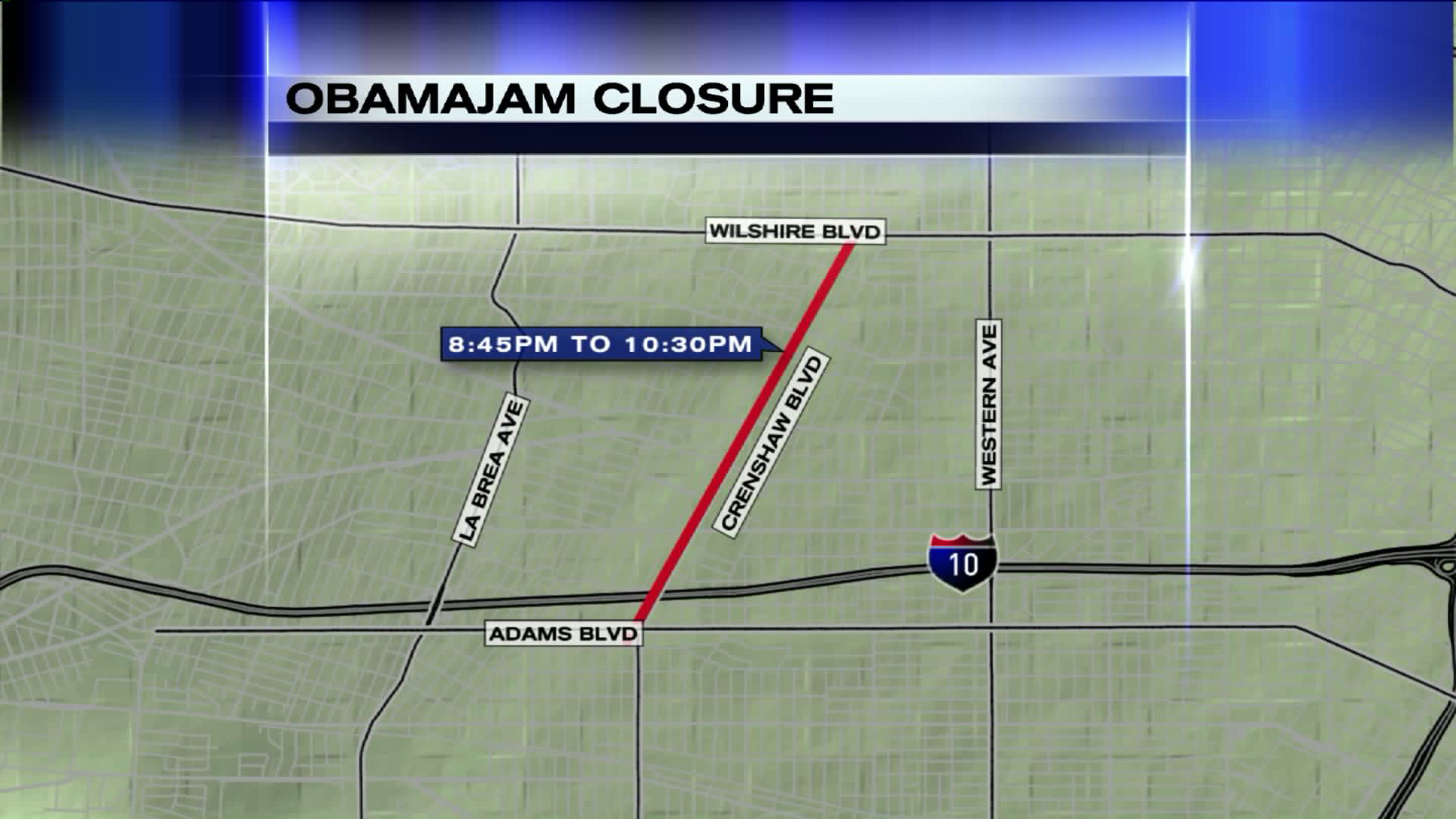 Traffic delays were expected for Crenshaw Boulevard between West Adams Boulevard and Wilshire boulevard during the president’s visit on Feb. 11, 2016. (Credit: KTLA)

How to order best breakfast burrito ever

California’s most haunted places to visit for Halloween

Newsom: oil companies are ‘ripping you off’

These are the best Halloween mazes in SoCal