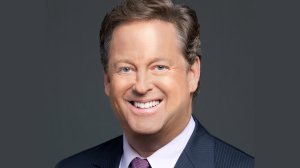 Sam Rubin is award-winning entertainment anchor on the highest-rated news program in LA, the KTLA 5 Morning News. Sam has been with the program since 1991. He also reports regularly for Australia’s Channel 9 TV network and frequently contributes to BBC programs.

Sam is one of the founding members of the Broadcast Film Critics Association which created the Critics’ Choice Movie Awards in 1996. Sam hosted the broadcast in 2013. Sam is also the author of two books and is the owner of a production company that has produced hundreds of hours of TV including several “Live From” red carpet shows and 120 episodes of the talk show “Hollywood Uncensored.”

During this podcast, Sam discusses his approach to reporting on the entertainment industry, the history of the KTLA 5 Morning News, and the sexual harassment and abuse scandal in Hollywood.

Jay Leno hosted "The Tonight Show" for 22 seasons until 2014. An avid car collector, he now hosts "Jay Leno’s Garage." The show has become a destination for automobile aficionados. Jay opens up about his passion for cars, and shares some of his favorite car stories. He also shares what he thinks may be future of car collecting.

This episode also includes a Thanksgiving-themed interview with a professor and expert on Native American history. It's a conversation with about America's first Thanksgiving with Professor Camilla Townsend. She shares what happened at that first Thanksgiving.

John King was the man at CNN’s "Magic Wall" during the 2020 election night. He kept America and the world informed state by state, and county by county on election night, the day after, and the night after that. It would go like that until the evening of Saturday, November 7th, when CNN became first major news organization to call the race, projecting Joe Biden as the next President of the United States. But the story isn’t over, and John King joins Frank Buckley Interviews to talk about all of it.

Melissa Stockwell became the first female to lose a limb in active combat in Iraq in April of 2004. The U.S. Army Second Lieutenant would return to the U.S. and turn to sports after her military service, becoming a world champion paratriathlete and a paralympic bronze medalist. During this podcast she discusses the bombing that left her wounded and her life after the military. Melissa also discusses her new book: "The Power of Choice: My Journey from Wounded Warrior to World Champion."

Jake Wood is a combat veteran who served in Iraq and Afghanistan. After the Marine sniper returned to civilian life, he found purpose in using his military skills to help disaster victims. He co-founded the non-profit Team Rubicon in 2010 which has since engaged more than 135,000 volunteers in disasters around the U.S. and the world, raised more than $250 million, and has given other military veterans a way to continue their service. He writes about it in a new book: "Once A Warrior: How One Veteran Found A New Mission Closer to Home."