We’re going hands on with Disney+! We’re taking a look at what’s offered with the new streaming service, the devices it works on and how you might even get it for free!

Disney+ might be one of the most anticipated new streaming services.

There’s content from a variety of brands including Marvel, Pixar, Star Wars and National Geographic.

We signed up for the new service to see what’s offered and whether it’s worth the $6.99 monthly fee. 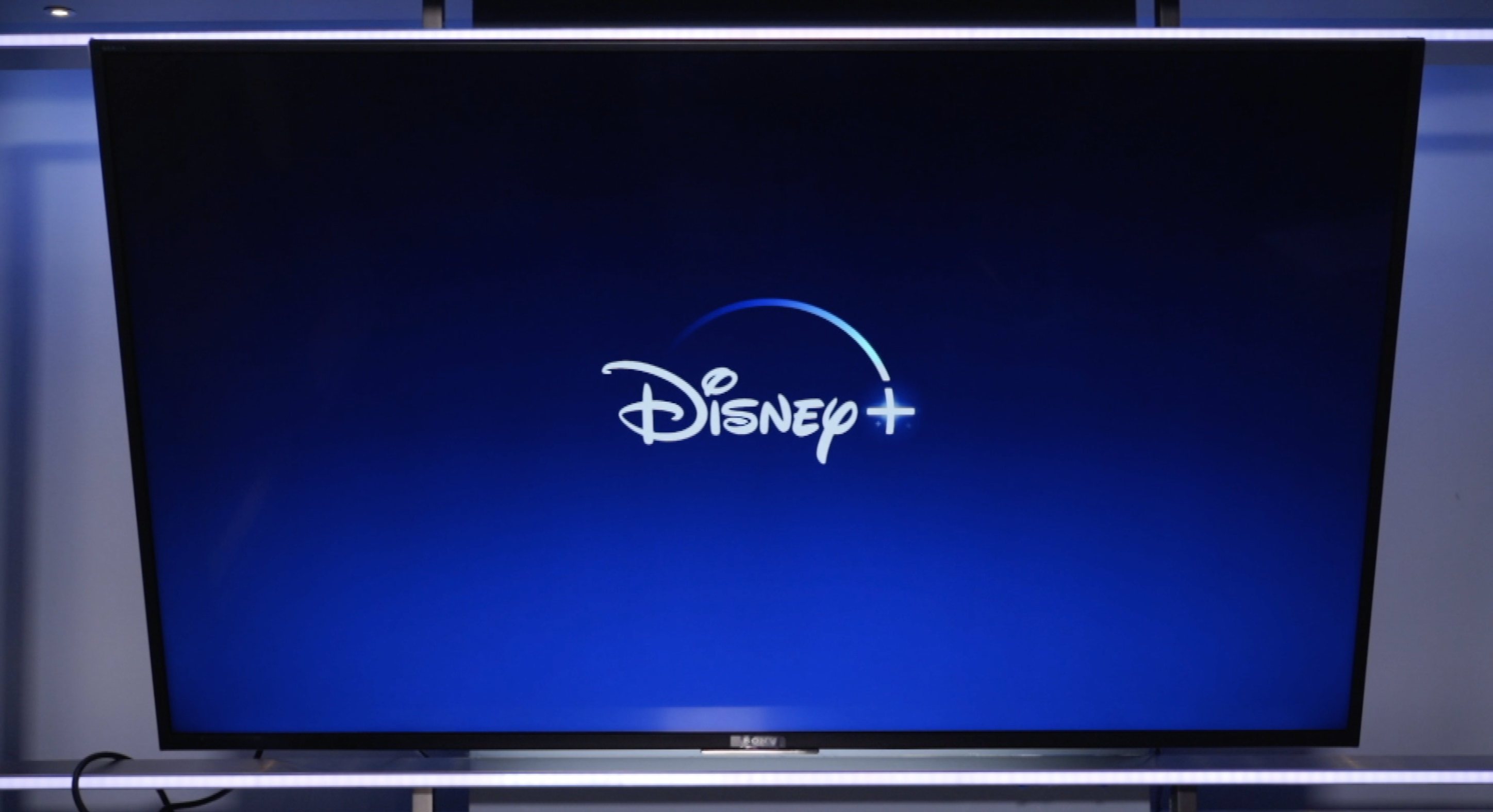 Originals include the Mandalorian, a live action Star Wars series, a new Lady and the Tramp movie, a new High School musical series and even a look behind the scenes at the world of Imagineering.

There are a ton of movies to watch on Disney+, technically about 500, but it seems like Disney’s entire back catalog!

Even if you just watched one movie a month, the service would pay for itself versus renting. 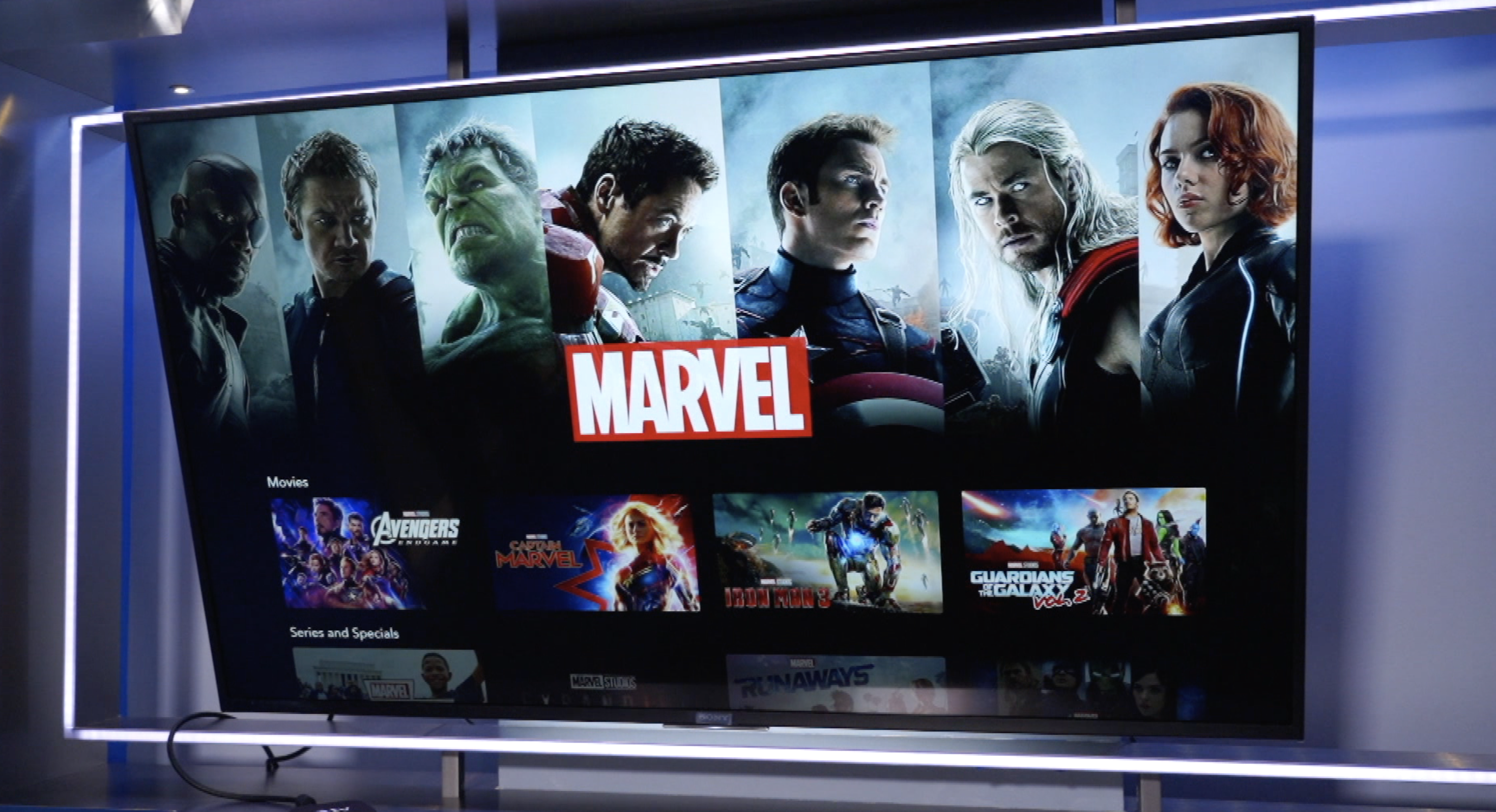 You also get extras like deleted scenes. As far as I can tell, pretty much everything is downloadable, which means you can watch without internet. This is handy for airplane flights or so you can load up your kid’s iPad with no worries about finding Wifi when you’re out and about.

There is the ability to create separate profiles for family members, including kids profiles, which feature a simpler interface and kid friendly content. Also, kids profiles have next episode autoplay turned off by default. 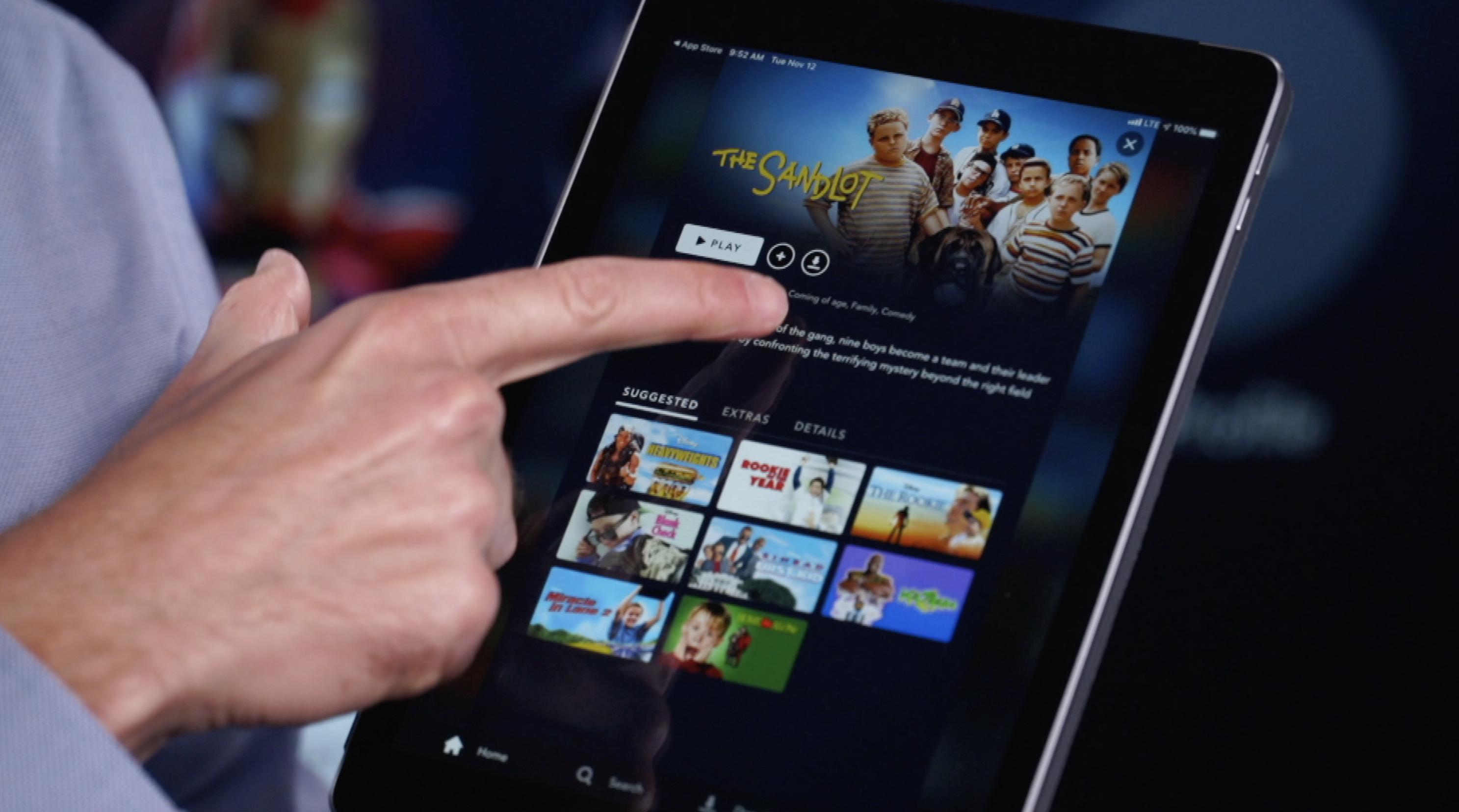 Like Netflix, there are no commercials. Unlike Netflix, new episodes aren’t released all at once, so you’ll have to wait until Friday for new shows.

You can have four streams going at once and you can download items on up to ten different devices. Videos stream in varying quality depending on the content, but it can be up to 4K HDR, which Netflix charges extra for!

Disney+ works on pretty much every streaming device, including Amazon Fire, Apple, Chromecast, Android, Roku, and smart TVs from LG, Samsung and Sony. The notable exception right now is Vizio, there is currently no Disney+ app for their SmartCast platform. As a workaround, you can AirPlay content from your device to the screen. 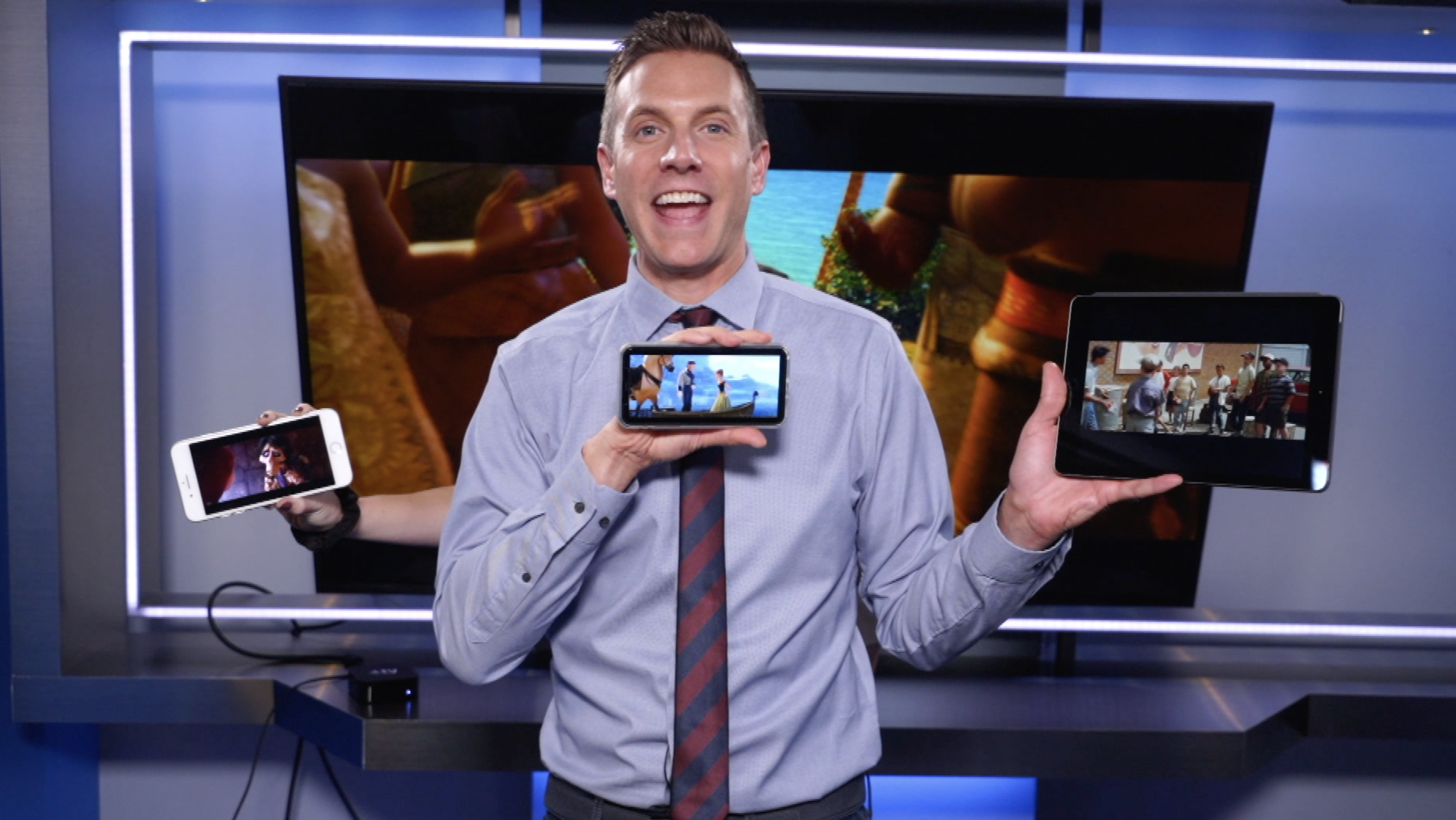 At $6.99 a month, or $70 for the year, the value is there! Don’t forget, if you’re a Verizon Wireless customer on an unlimited plan, you can get a year worth of Disney+ for free! Watch my video tutorial below to see how.

And, in case you’re a subscriber of the Disney channel through cable and use the Disney Now app, there are some differences in the programming. It seems like the newest episodes of popular kids shows like Vamparina and Puppy Dog Pals are still going to Disney Now.

Samsung sets a date to show off its latest smartphones

Listeners ask about a camera to keep an eye on the kids in the backyard, sites for finding work from home jobs, best Roku player, a device to uncover hidden cameras in rentals and a way to transcribe classes and Zoom calls.

Listeners ask when the iOS 14 public beta will be available, if the Ring Peephole cam is a good Idea their apartment, cell phone holders for the car and deleting individual episodes of a podcast on an iPhone.

Record number of LGBTQ candidates running for office in U.S.

As women are being killed in Mexico at record rates, president downplays surge in emergency calls

Spacecraft captures closest images ever of the sun, revealing ‘campfires’ near surface

Arizona, Texas counties bring in refrigerated trucks as morgues fill up amid surge in coronavirus hospitalizations

Record number of LGBTQ candidates running for office in U.S.

As women are being killed in Mexico at record rates, president downplays surge in emergency calls