The Laptop Elf Project refurbishes used laptops and donates them to those who need them most.

Redondo Beach, CA – A man who calls himself the “Laptop Elf” collects unwanted computers and refurbishes them. Then, he donates the laptops to non-profit organizations, teachers and others who might not be able to afford them. 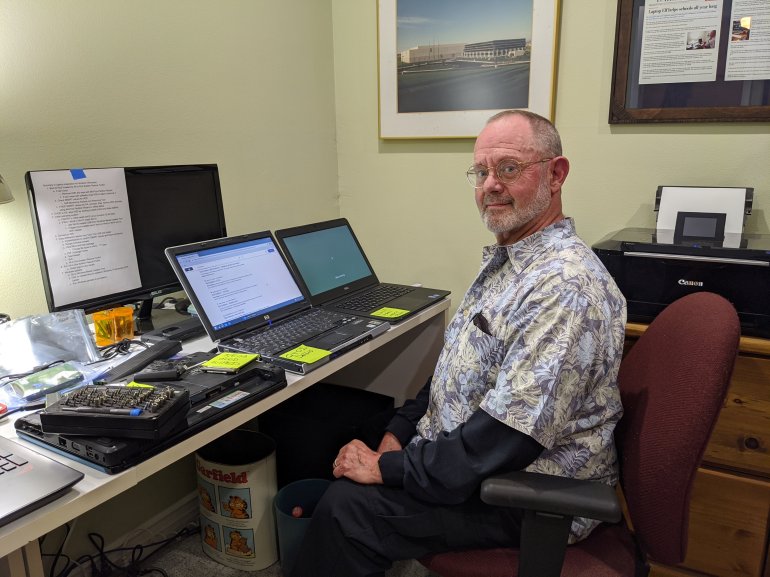 David Lombard, a retired aerospace facility manager, calls his home based hobby the “Laptop Elf Project.” He told me “it’s a labor of love and it’s all completely free.” He hopes to inspire others to do the same.

In the past 5 years, Lombard says he’s been giving about 500 laptops, 300 of which he was able to refurbish and pass along. The rest were harvested of any useful parts and properly recycled.

Learn more about the Laptop Elf Project through their Facebook page or email: thelaptopelf at gmail dot com.

NOW LISTEN to the Rich on Tech Podcast, where I talk about the tech news you should know about and answer the questions you send me!

Listeners ask when the iOS 14 public beta will be available, if the Ring Peephole cam is a good Idea their apartment, cell phone holders for the car and deleting individual episodes of a podcast on an iPhone.

Amazon tells employees to remove TikTok from their devices, then backtracks