We new type of personal robot follows you around town to help you carry your stuff!

You know Vespa for their personal scooters, now the company is backing a new product: a personal robot named Gita.

It’s pronounced gee-ta, like cheeta, and it means “short trip” in Italian. Recently, we tried it out on the Venice Beach boardwalk. 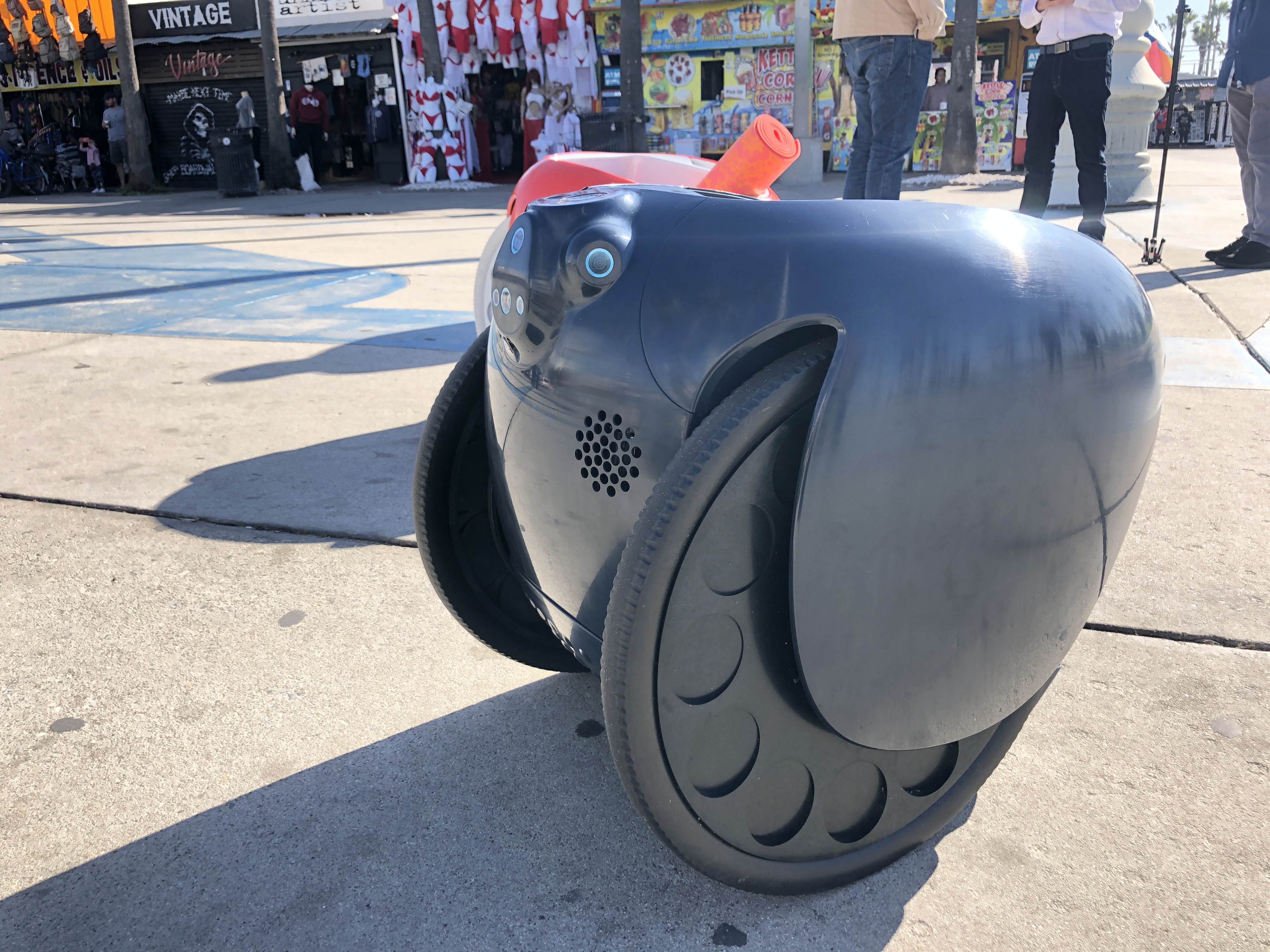 Gita is a robot on two self-stabilizing wheels. It has a compartment on top that holds your stuff. Smart cameras “latch on” to you so it can follow you around like a little puppy dog. 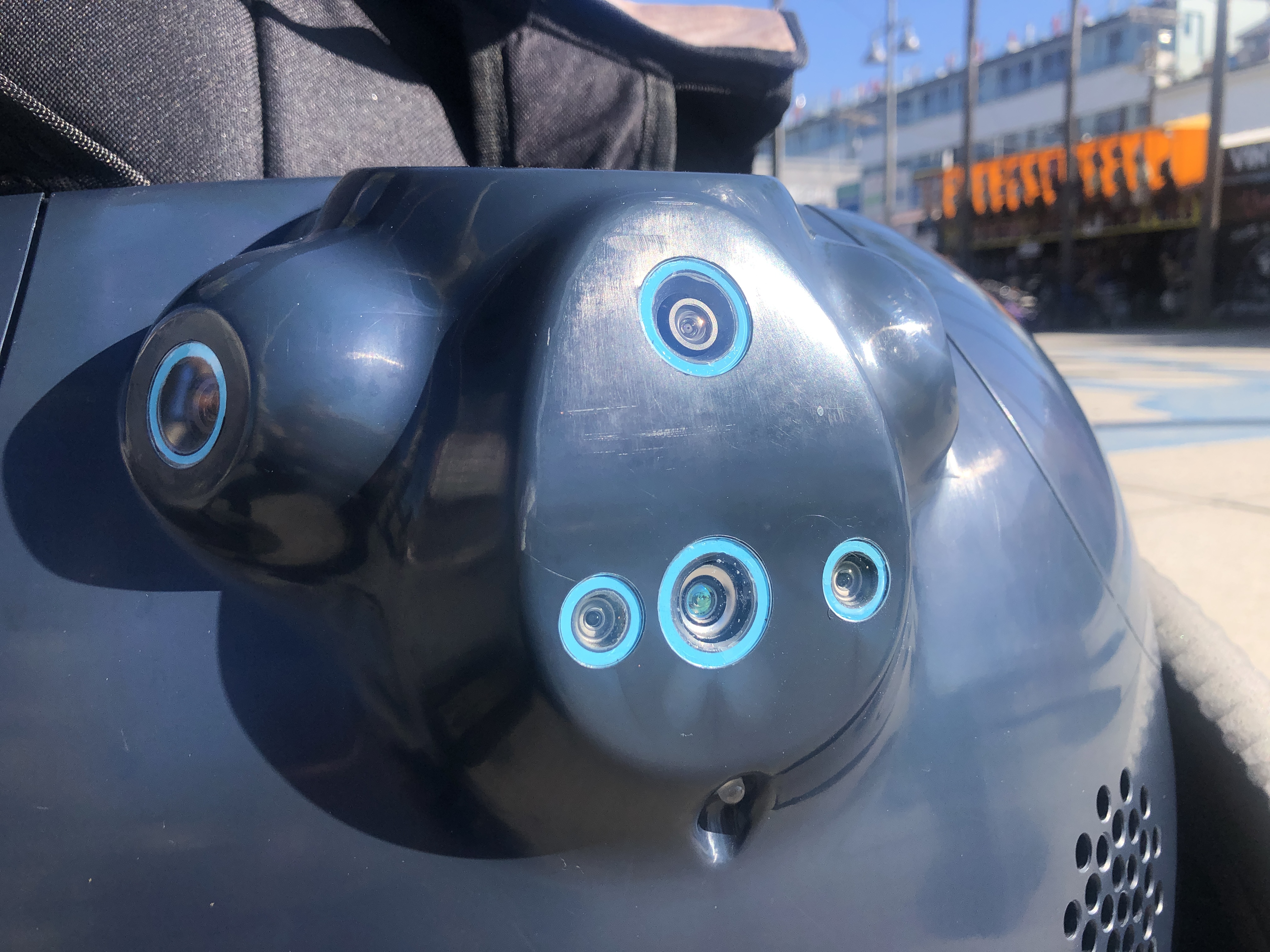 “We’re not trying to replace jobs that people do, we’re trying to help people be more active and connected to their neighborhoods and do more walking,” explained Greg Lynn, CEO and co-founder of Piaggio Fast Forward, a startup company owned by Vespa.

“When you stand in front of it and pair with it, it will dedicatedly follow you and understand other people aren’t you,” explained Lynn. 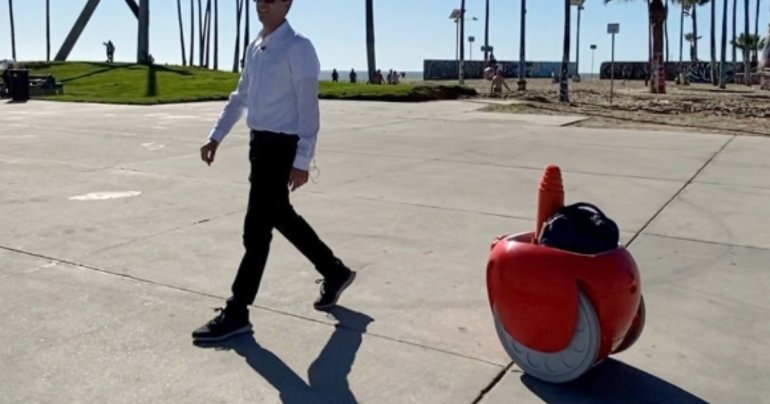 Gita’s basket can hold about 40 pounds. The device can travel about 20 miles on a charge.

To use it, all you have to do is stand in front of Gita, push the large button and then it’s immediately paired just to you. It actually doesn’t use facial recognition to work it’s magic. 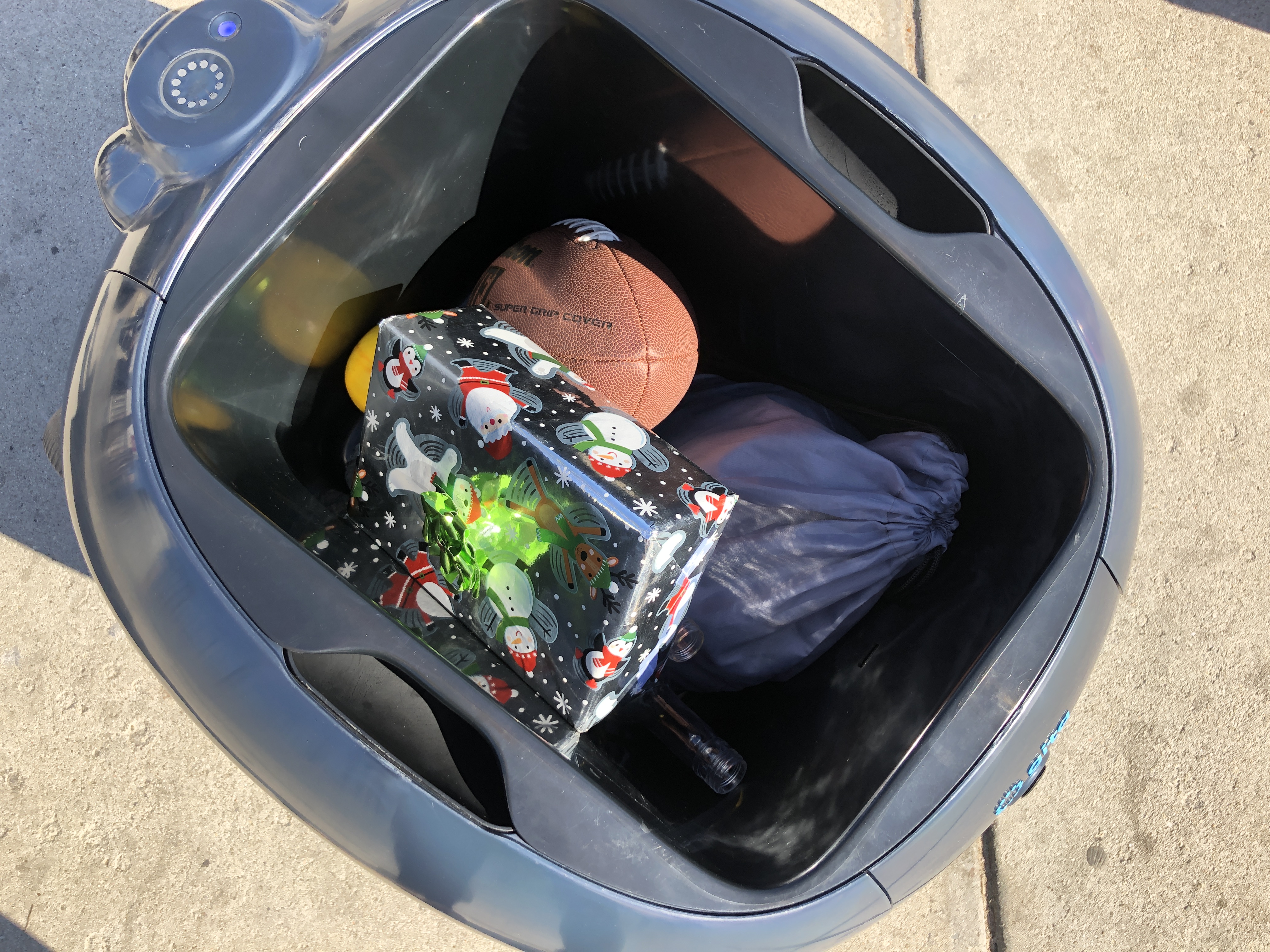 Although it doesn’t have a “face” or screen, Gita still has plenty of personality. Part of that comes from the 13 cute and fun sounds the team programmed in -they reminded me of a modern R2D2!

When I tested out Gita on the boardwalk, I found it pretty loyal. The robot follows right behind you, the distance depends on how fast you’re walking. The robot only lost track of me a few times. It doesn’t even try to follow you if you run. It just stops.

“Where people live tends to be less than a mile of where they shop, where their kids go to school. So they could be walking those trips but a lot of people take a car over a gallon of milk,” explained Lynn.

It’s easy to see how something like this can unlock cities, making errands more walkable. The appeal is there – and people love to watch as it follows you – but the price tag might cause the biggest double take. Currently, Gita costs $3,250.