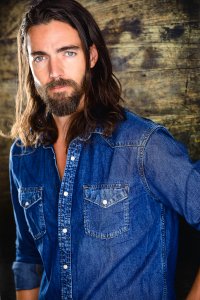 Greg Maness is an actor and aspiring writer. His father was in the military, so while he was born in the Netherlands, his family moved around every couple of years. Because of this, Greg found it difficult to put down roots and make friends. His family finally settled in South Carolina, where Greg would attend college and first discover acting. Initially seeing it as a way to avoid academics, he slowly began to take it more seriously.

Immediately after graduating, Greg let out for Los Angeles to pursue a career as an actor. With no real experience prior to arriving in L.A., Greg started from scratch. Eventually, his journey would send him on the move again, taking him to Atlanta, New Orleans, and New York City. Now, Greg is back in Los Angeles with more insight and a clear purpose, and he’s ready to use his art to make a difference.

Asia may have been right about face masks and coronavirus, and now the rest of the world is coming around