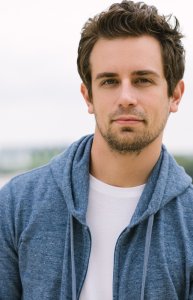 Keli Price is an actor, director, and producer from Long Island, New York. Raised by a musician father and a mother in the fashion business, Keli grew up surrounded by the arts. Keli struggled in school, and the things adults would say to him affected his confidence and made him feel like an outsider. The only thing that didn’t make him feel like an outsider was when he was performing.

Keli says music, sports, and the arts saved his life, and his confidence continued to grow when he and his brother began modeling as kids. Modeling would eventually lead to acting, and by the time Keli arrived in Los Angeles to continue nurturing his acting career, he had a realization: All those years of people telling him he couldn’t achieve anything, he actually could if he put his heart into something. Now, Keli has released a new documentary he directed and produced  called On Thin Ice. Originally conceived as a documentary about his great-grandfather, Keli realized while making it that it was actually about something much deeper, and now, it has brought everything full circle.