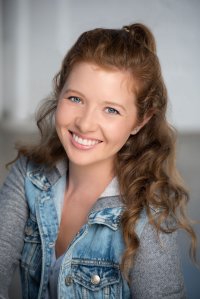 Tara Bianco is an actress, singer, and dancer originally from Hilton Head Island, South Carolina. Tara grew up performing in musical theater, and has always been a natural entertainer. She would later decide to take the leap and move to Hollywood to chase her dreams of stardom, leaving the comforts of South Carolina behind.

Tara would find moderate success early on; She signed with an acting manager, booked a role in a national television show, and got into SAG. Behind the scenes, however, things were not going as well as they appeared. Tara was butting heads with an antagonistic music manager, struggling through a toxic relationship, and after a year of being in L.A., stopped being able to book roles. Tara would find herself in a rut, but with a little help, found a way to pick herself up, dust herself off, and resume the chase.

More than 2,000 students, teachers and staff quarantined across 5 states at start of new school year

Uber, Lyft threaten to shut down in CA if court upholds ruling forcing them to treat drivers as employees

More than 2,000 students, teachers and staff quarantined across 5 states at start of new school year