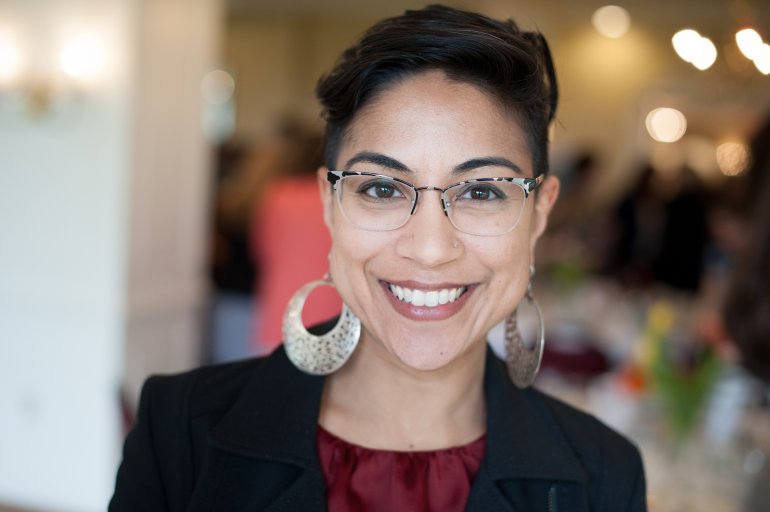 Amita Swadhin is an educator, storyteller, activist and consultant dedicated to fighting interpersonal and institutional violence against young people.  Her commitments and approach to this work stem from her experiences as a genderqueer, femme queer woman of color, daughter of immigrants, and years of abuse by her parents, including eight years of rape by her father.

They are a frequent speaker at colleges, conferences and community organizations nationwide, and a consultant with over fifteen years of experience in nonprofits serving low-income, immigrant and LGBTQ youth of color in Los Angeles and New York City.  Amita has been publicly out as a survivor of child sexual abuse since she interned at the U.S. Department of Justice Office of Violence Against Women in 1997.

From March 2012 to September 2015, Amita was the Los Angeles Executive Director of Peer Health Exchange, a national nonprofit empowering teens to make healthy decisions.  In the fall of 2015, they were the Interim Executive Director of API Equality-LA, whose mission is to build power in the Asian and Pacific Islander community to achieve LGBTQ equality and racial and social justice.

Prior to relocating to Los Angeles, Amita was the coordinator and a cast member of Secret Survivors, a theater project featuring child sexual abuse survivors telling their stories, which she conceived for Ping Chong & Co., an award-winning performance company in New York City.

Amita has held positions at Legal Momentum, Global Kids, Make the Road NY, Sadie Nash Leadership Project and Kingsborough Community College (CUNY), and served as the final Board Chair of the National Youth Advocacy Coalition, a national organization advocating for and with LGBTQ youth.

Amita is also a published author.  Their writing has been featured on The Feminist Wire and The Huffington Post, and in the anthologies Dear Sister: Letters from Survivors of Sexual Violence (AK Press, 2014) and Queering Sexual Violence (Magnus Books, 2016).

She holds a Master’s in Public Administration degree from New York University, where she was a Catherine B. Reynolds Fellow in Social Entrepreneurship, and a BS in Foreign Service from Georgetown University.

What an evenly divided Senate means for President-elect Biden

What an evenly divided Senate means for President-elect Biden