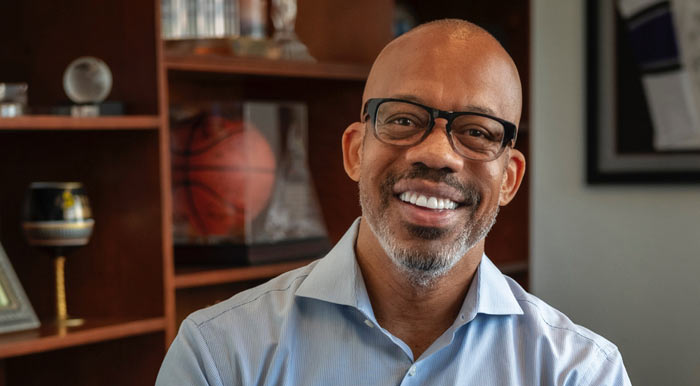 With more than 20 years at AEG, Kevin spearheaded or oversaw his division’s pre-opening activities and management transitions for AEG arenas, stadia, convention centers, clubs and theatres throughout the enterprise while proactively recruiting and employing local residents to staff the facilities; a hallmark of AEG’s commitment to surrounding communities.

Kevin’s role at AEG offers him the unique ability to blend his professional work with his passion for giving back to the community. He has been a supporter of many community programs such as Learning Works, an alternative school and Theatre Camp project serving youth at risk in Pasadena, the Business of Sports Summit; a program that targets high school students of color who are seeking careers in professional sports and he hosted a benefit concert for minority youth to introduce them to classical music. He invited the Dorsey High School Drama class to perform their musical at Club Novo @ LA Live.

AEG’s Job Shadowing program was created by Kevin’s Diversity & Inclusion team. Students from local high schools through The Bridge Builders Foundation, Brotherhood Crusade and The Wiley Center for Speech and Language Development, can receive behind the scenes exposure to the business operations of sports and live entertainment. This project provides insight through the power of mentoring, educational support, awareness, and community uplift.

Under Kevin’s guidance, the Global Diversity & Inclusion team drafted its AEG Diversity policy and LGBTQ Covenant fostering inclusiveness as a core value at AEG and encourage everyone at all levels of the organization to fulfill this commitment. Included in the Covenant is a newly formed partnership between AEG and Cyndi Lauper’s True Colors Fund which works to end homelessness among lesbian, gay, bisexual, and transgender youth Kevin’s D&I team has also been focused on increasing AEG’s spend with minority owned, women-owned and LGBTQ-owned diverse businesses and participated in a successful Capacity Building Program which mentors MBE/WBE/LGBTQBE enterprises while helping them to become more competitive and grow their businesses. There has been a heightened focus on workforce diversity to promote the recruitment and advancement of minorities, women and persons identified as LGBTQ.

Kevin has received numerous awards of recognition from the municipalities and other organizations for his service and positive impact on local communities. For three consecutive years, Kevin received a Vanguard Award that recognizes LA’s 100 Most Influential African Americans. In 2015, he also received Vanguard’s Corporate Citizens Award.