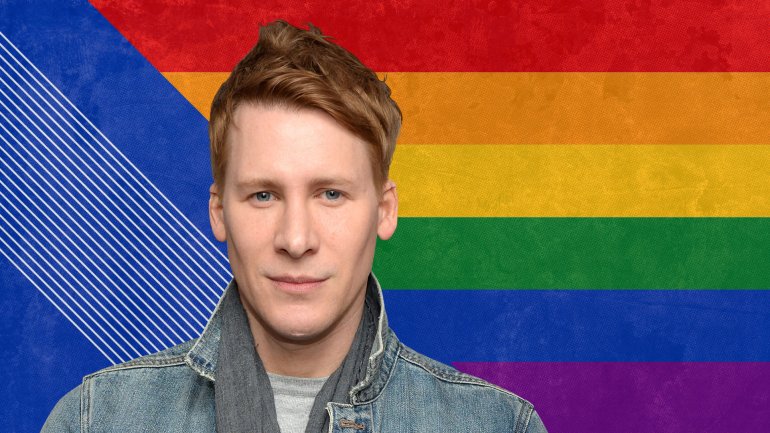 Dustin Lance Black is an Academy Award winning filmmaker, writer, and social activist.  He won the Oscar and two WGA Awards for his screenplay MILK, the biopic of activist Harvey Milk starring Sean Penn, and in 2018 received the Valentine Davies Award from the Writers Guild of America for his body of work.  Black was also a founding board member of the American Foundation for Equal Rights (AFER), which successfully led the federal cases for marriage equality in California and Virginia, putting an end to California’s discriminatory Proposition 8.

In 2017 Black created, produced, and directed the ABC miniseries WHEN WE RISE, which chronicled the true story of the personal and political struggles, setbacks, and triumphs of a handful of activists who pioneered the modern LGBTQ+ rights movement.  Among the series’ many accolades, it took home the 2017 Palm Springs International Film Festival Audience Award as well as Outstanding TV Movie/Mini-Series at the 2018 GLAAD Media Awards.

In 2011, Black earned his second “10 Best of the Year” award from the American Film Institute for J.EDGAR which starred Leonardo DiCaprio and was directed by Clint Eastwood.  From 2004-2008 Black drew on his Mormon upbringing in San Antonio as a writer and co-producer on HBO’s Emmy® and Golden Globe® nominated drama BIG LOVE starring Bill Paxton.  During this period Black also penned the screenplay PEDRO, about the life and legacy of famed, openly gay, HIV positive Real World cast member Pedro Zamora.  The film premiered on MTV and VH1 in 2009 and earned Black his second WGA Award nomination.

In additions to his creative work, Black is one of the co-founders of the Uprising of Love Coalition that seeks to raise awareness of violence and discrimination committed against LGBTQ+ people in the global community.  Black also served three years on the board of the Trevor Project, a national LGBTQ youth crisis hotline, where he established a hotline in Harvey Milk’s former camera shop on Castro Street in San Francisco. And in 2009, Black was also one of a handful of organizers of the National Equality March where he demanded full federal LGBTQ equality before an audience of over 200,000 demonstrators on the steps of the Nation’s Capitol.

A menagerie of hot rods and motorcycles rolled into Cerritos for the Los Angeles County Sheriff's Department's annual car show on Saturday.

The LASD Motorsports 5th Annual Car Show was held from 9 a.m. to 2 p.m. at the LASD's Cerritos Station, located on 18135 Bloomfield Ave.

Just one month ago, President Joe Biden and his health advisers announced big plans to soon deliver a booster shot of the coronavirus vaccine to all Americans. But after campaigning for the White House on a pledge to “follow the science,” Biden found himself uncharacteristically ahead of it with that lofty pronouncement.

Some of the nation's top medical advisers on Friday delivered a stinging rebuke of the idea, in essence telling the White House: not so fast.

No arrests were made after a student fight broke out and caused "mass panic" during a football game at Montclair High School Friday night, officials said.

A disturbance was reported at about 8:57 p.m. at the Montclair High School football field during a game attended by 1,500 people, the Montclair Police Department said in a news release Saturday.

Fearful U.S. residents left behind in Afghanistan hiding out from Taliban