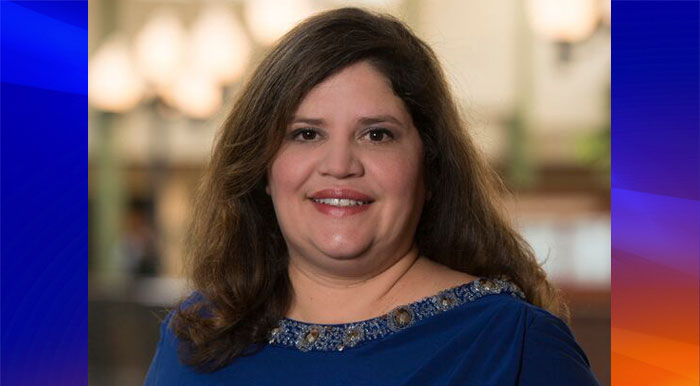 Helen Iris Torres is the Executive Director and CEO of Hispanas Organized for Political Equality (HOPE), where she leads one of the state and nation’s most influential Latina organizations.

She has been instrumental in the development and implementation of the HOPE Leadership Institute (HLI), a program that prepares adult Latinas for their next level of civic participation. HLI has resulted in more than 180 Latinas being appointed to state and local commissions, and over 200 Latinas serving on nonprofit boards to improve local communities. To date, more than 545 Latinas have graduated from HLI. She has served on various commissions under Governor Gray Davis, Governor Arnold Schwarzenegger and Governor Jerry Brown.  From supporting AmeriCorps programs to serving on the influential “Little Hoover Commission,” Helen is a proven public servant. She serves on the California Latino Economic Institute, a group of business leaders formed to advise the California Latino Caucus.  She also serves on the community advisory board for Wells Fargo. She is a sought-after speaker on women’s issues and an advisor to projects such as The Shriver Report: A Woman’s Nation Changes Everything, a study by Maria Shriver in partnership with the Center for American Progress. She has been recognized by the Los Angeles Dodgers as a “community hero” and by Hispanics in Philanthropy for advocacy work on behalf of Latinas. Her story has been part of a California State University oral and public history exhibit titled “Voces de Liberacion: Latinas in Politics in Southern California.”

Trump extends voluntary U.S. shutdown to April 30 — weeks past prior goal of Easter