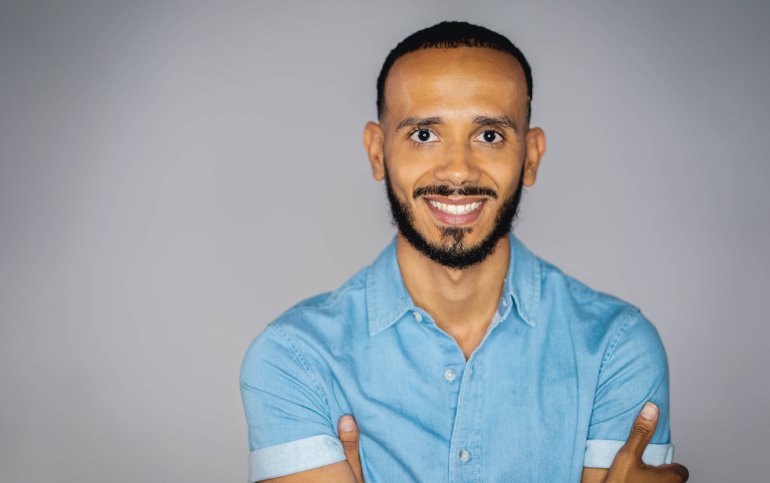 Gabriel Maldonado is the Founder and Chief Executive Officer of TruEvolution,

TruEvolution, is a nonprofit organization dedicated to fighting for LGBT justice and advocating for the prevention and elimination of HIV/AIDS, serving the LGBTQ community in Riverside and San Bernardino county.  At the core of his work, Gabriel approaches public health from a human rights lens.  He acknowledges the unique health disparities experienced by those most disproportionately impacted by HIV that are fueled by social inequities and injustices.

From poverty and access to healthcare to stigma, housing insecurity, and mental health disparities, Gabriel works to combat the social determinants which exacerbate rates of HIV/AIDS in LGBTQ communities of color.  As a Ryan White-supported agency, TruEvolution engages in national advocacy efforts as well as direct-services.

Gabriel has expanded his work after having been appointed to serve on the Presidential Advisory Council on HIV/AIDS under the Obama Administration, and was appointed as Co-Chair of the Disparities Committee.  In addition, Gabriel works on global health issues as a member AIDS Healthcare Foundation’s Board of Directors.  Gabriel supports the work of the Foundation’s initiatives surrounding youth, women and young girls, Black gay men, and LGBT communities in developing countries around the world.  Having obtained an MBA in Global Business, Gabriel believes that public-private partnerships are essential building blocks to public health.

For months, Victoria McAllister searched online to make a vaccination appointment. Unlike other people who can hop into a car, though, she has ruptured discs that could slice her spinal cord if she hits a pothole or her wheelchair bumps floor molding.

So McAllister, 64, was over the moon when the county health department in Hayward, California, where she lives, called offering to inoculate her against COVID-19 at home. Two paramedics with Hayward Fire came last month, jabbed her arm with the one-dose Johnson & Johnson vaccine and stuck around to make sure she was alright.

Parents emerge from the brush into a baseball field, carrying exhausted children. Border Patrol agents dictate orders: Families with young children in one line and unaccompanied children in another. The smallest of three lines is for single adults.

The scene Tuesday night in La Joya, a town of about 4,000 people, plays out nightly in Texas’ Rio Grande Valley, presenting Joe Biden with one of the most serious challenges of his young presidency — high numbers of migrants crossing the U.S.-Mexico border to seek asylum. April was the second-busiest month on record for unaccompanied children encountered at the border, following March’s all-time high.

Police are in search of a man who was seen in a Montclair neighborhood peeping into a home and allegedly making suggestive comments to a child Wednesday afternoon.

The incident occurred around 12:50 p.m. when Raylene Atilano says she was changing her 2-year-old's diaper and noticed the man looking in through her window, startling her.

How COVID-19 vaccines will work for U.S. children

3 biggest US airlines suspend flights to Israel amid violence

Ohio residents who get COVID-19 vaccine can enter $1 million lottery each week for 5 weeks, governor announces

Ohio residents who get COVID-19 vaccine can enter $1 million lottery each week for 5 weeks, governor announces